Pie Iron sammies on a rainy afternoon in the tipi. How delightful! 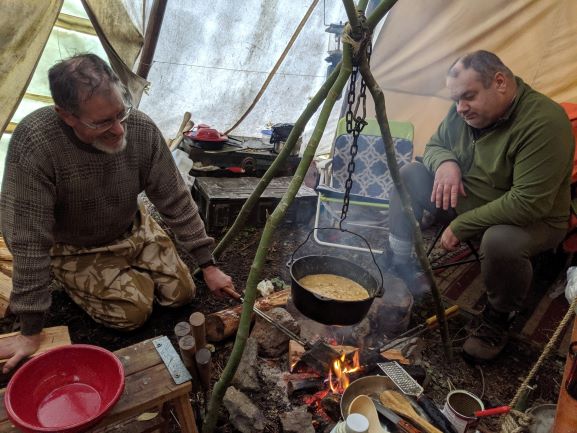 Allow Tater Tots to thaw and warm pie irons near the fire.

Butter both halves of the hot irons and mash tater tots into one side with a fork.

Heap tuna in the middle ot the mashed tots. Add a dollop of tartar sauce and top with a slice of cooked lobster mushroom.Crumble more tater tots on top to form a heap.

Latch the pie iron shut and cook until a golden brown crust that holds together is formed. It took us  3-5 minutes flipping frequently. 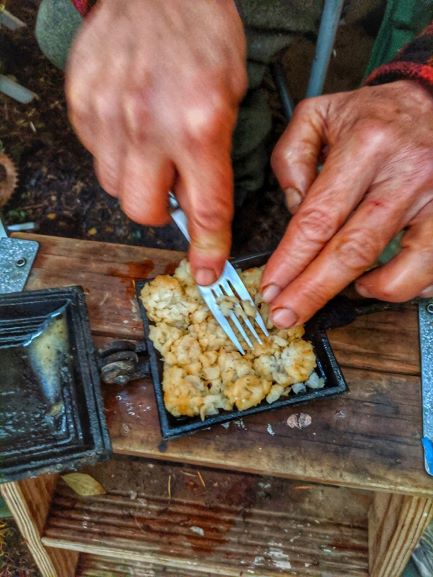 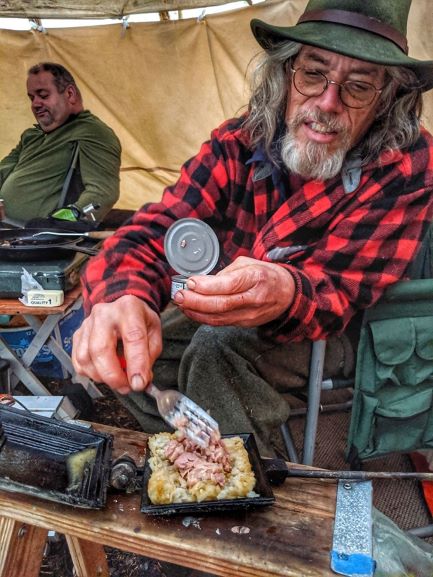 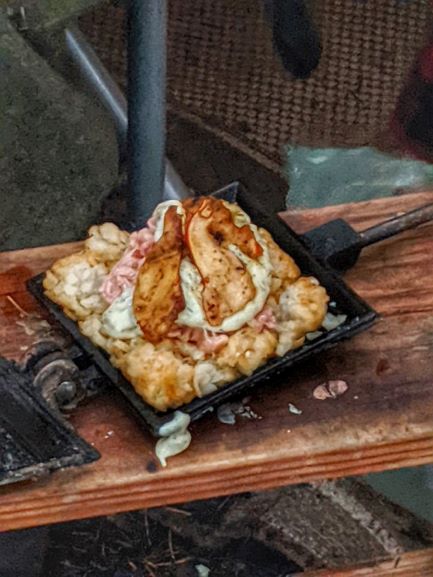 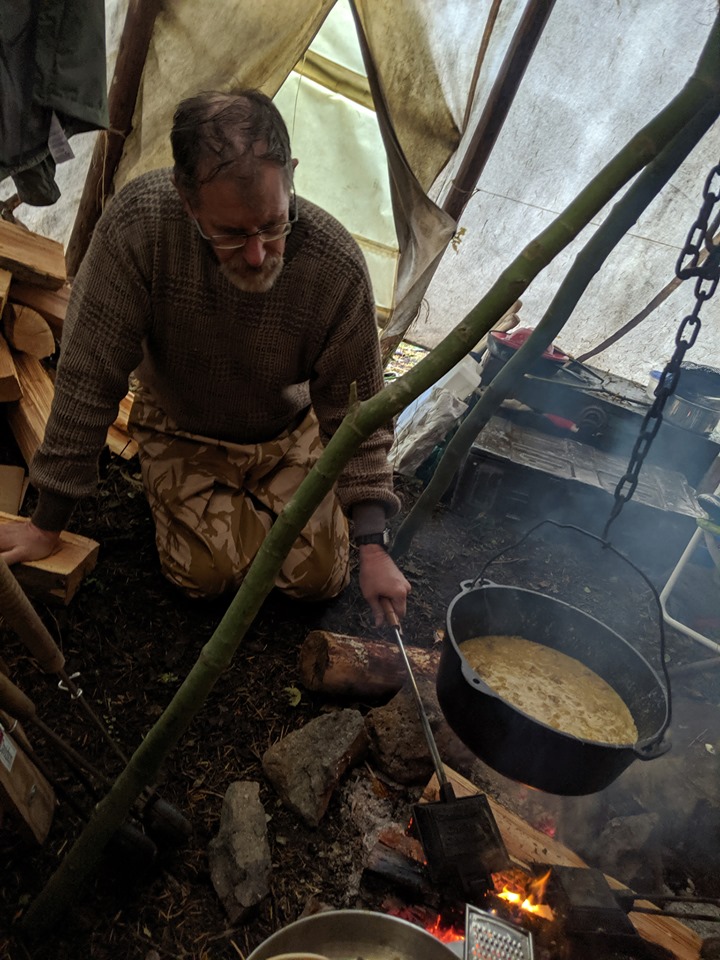 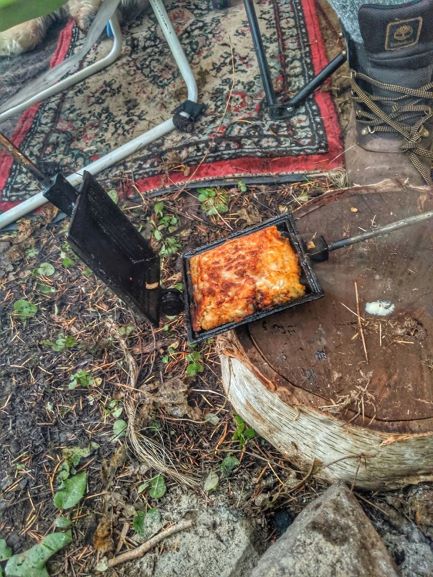