Barley makes a hearty, thick base for a stew. It scorches easily, so stir frequently and cook over moderate heat.

At camp, we hung the stew pot from a tripod and raised it high above the flames. If you use a Dutch oven, put more coals on top, fewer underneath. Rotate the lid and the pot regularly to avoid hot spots, and give it an occasional stir, scraping the bottom to keep the barley from settling there. At home, a Crockpot would be ideal

This grain goes well with any red meat; I used lamb, but beef or venison would certainly work. 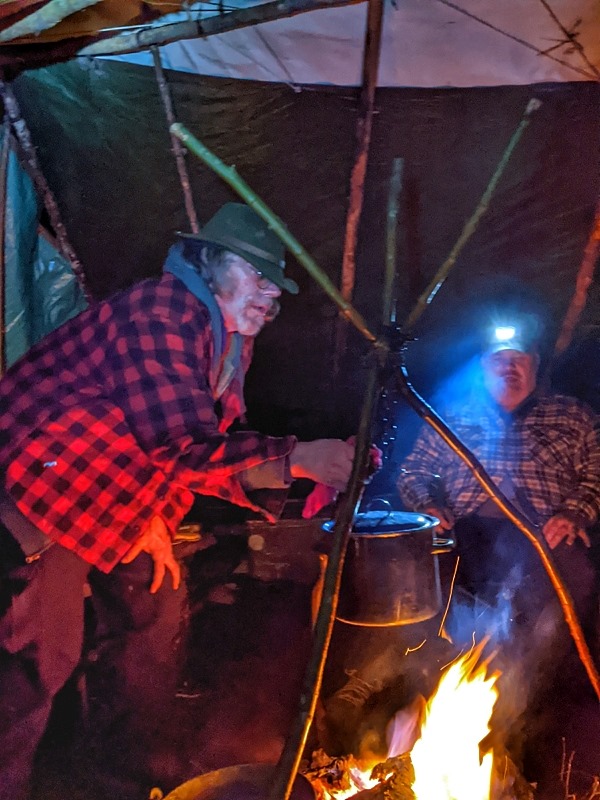 Wash and peel the turnip; wash the celery, carrot, and parsnip and cut everything into large chunks. Place in Ziplock bag.

Peel the garlic and onion, smashing the garlic with the side of your knife and chopping up the onion. Place these together in another Ziplock.

Cut the meat into large cubes, small enough to get in your mouth, but large enough to command respect. A little fat is alright, but large pieces of fat and any gristle should be removed and fed to the dog (let’s be realistic- loyalty comes at a price).

Mix half a handful of flour, some salt, pepper, sage, and rosemary in a bowl and dredge your stew meat, coating all sides. Use more flour, if needed. Place meat and any left-over flour in a Ziplock. This can be frozen for transport to camp.

If the meat is still frozen, remove it from the ice chest and allow to thaw.

Place vegetables, barley, mushrooms, broth, and beer in a pot and hang above campfire. Pay attention to the heat and stir up from the bottom frequently to avoid scorching the barley as it cooks.

Heat oil in skillet and sear meat. Place meat and any left-over flour in pot and use the same skillet and oil to cook onions and garlic (you may need to add a little more oil). When onions are translucent and just beginning to brown, stir them into the stew.

When the vegetables are cooked and the barley is soft, the stew is ready to serve. 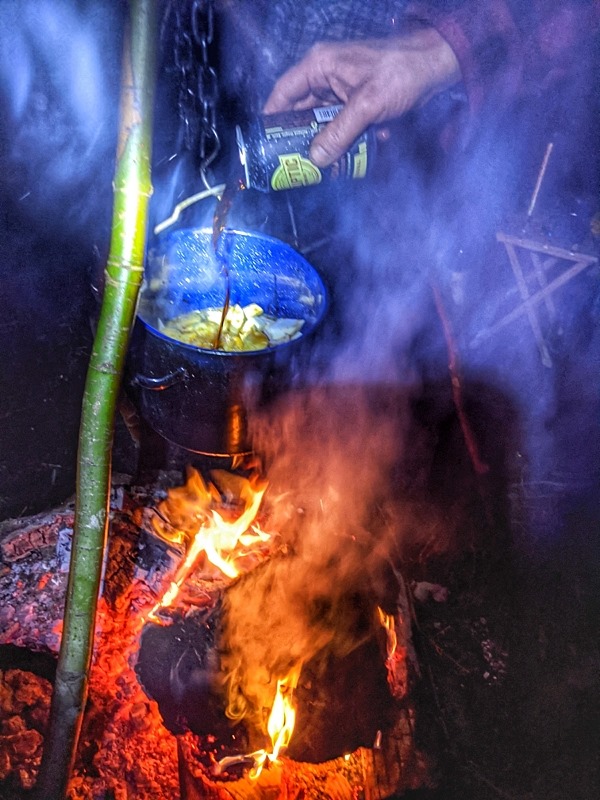 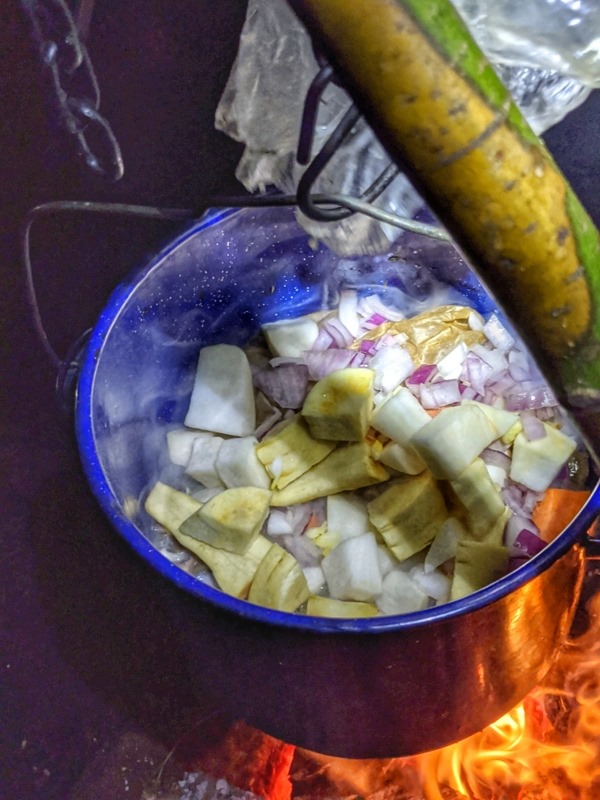 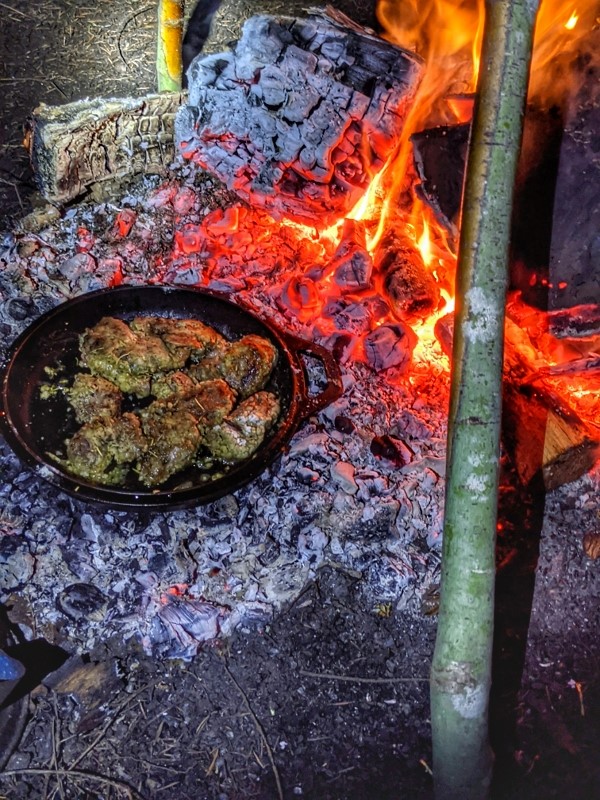 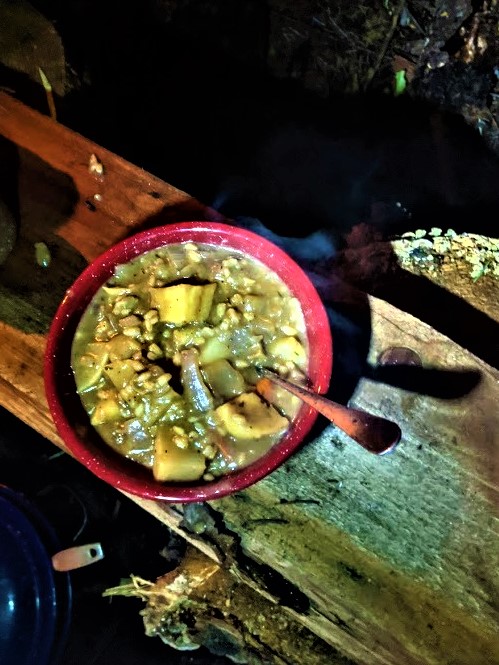