This recipe was a staple for me during my college years. It was cheap, easy and filling. A big pot of it could feed me for a week.

I would gather and dry quantities of fairy ring mushrooms (Marasmius oreades) from the little park down the street from my apartment, and use them in this chowder. This time I used dried lobster mushrooms (Hypomyces lactifluorum). Fresh button mushrooms from the store would work, too. Dried mushrooms go in at the beginning of cooking; fresh mushrooms should go in toward the end.

Like most soup and stew recipes, you could cook this in a Crockpot or a Dutch oven just as easily; we hung a pot from a tripod, suspended over the campfire. 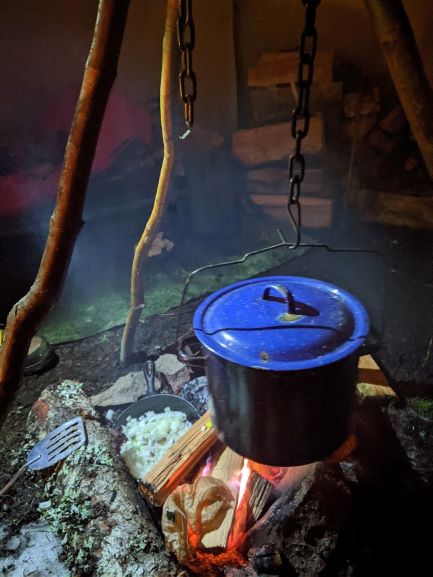 Bacon, chopped (you know how much you want)

I prepped this recipe for camping by washing the vegetables and dicing the onions and celery ahead of time. I didn’t dice the potatoes ahead of time, because I didn’t want them to blacken. I prepared the dry ingredients for the cornbread at home and put that in a Ziplock bag.  You might want to dice the bacon ahead of time too – we just used the spatula to cut it up in the skillet as it fried.

Set bacon aside where the dog can’t reach it and sauté diced onion until translucent and beginning to brown. Set aside with the bacon.

While the potatoes are boiling,  make your corn bread.

Stir in powdered milk, dried mushrooms, bacon, onion and diced celery and simmer until celery is softened. If you choose to use fresh milk let it warm near the fire and add it toward the end. Stir frequently and watch your heat so it doesn’ t curdle or scorch. If you need to thicken the chowder, you can stir in a little flour. 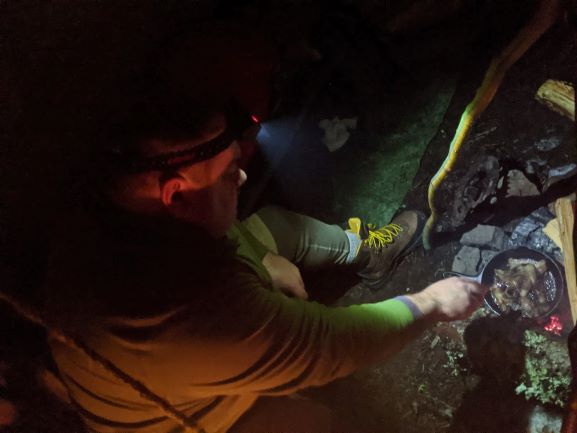 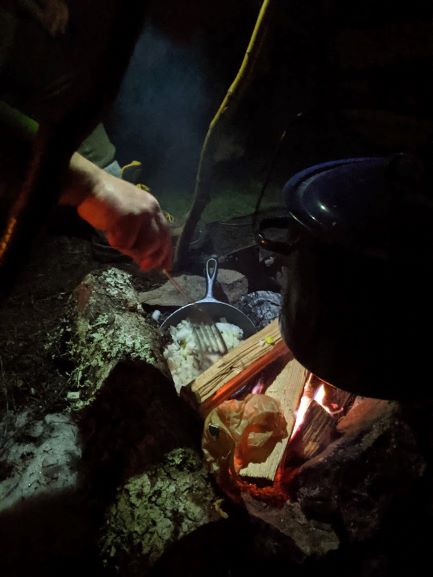 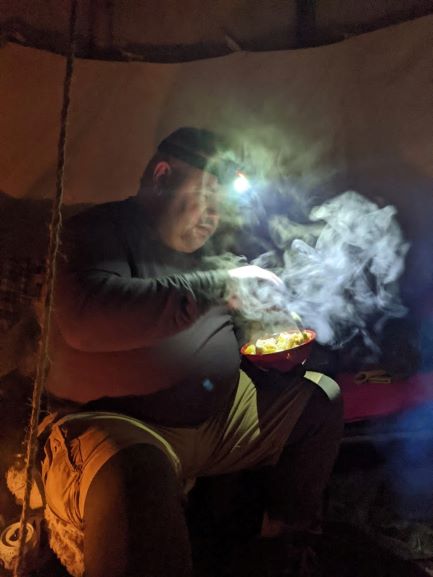 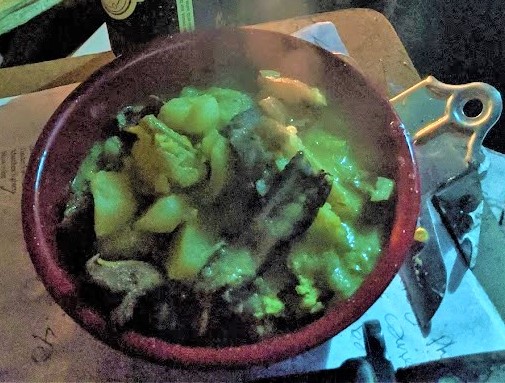