It is that time of year. The zucchini is coming on and gardeners are hiding the stuff in everything trying to foist it off on their friends and neighbors. 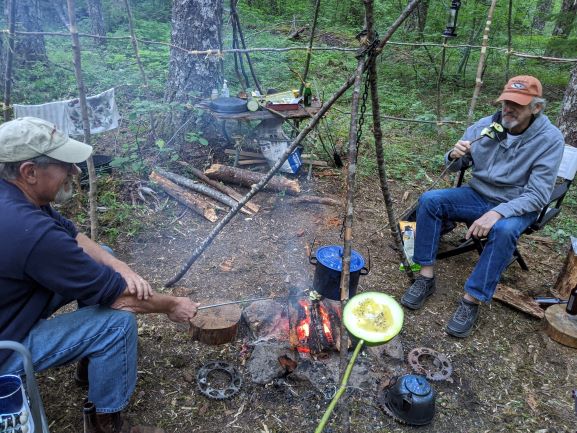 I don’t go in for the subterfuge – none of that zucchini bread, zucchini cookies, zucchini fudge, or zucchini pudding. I like it grilled with salt, pepper, and a little olive oil.

Last time we went camping, I cut  one into large slices, which we salted and dusted with garlic powder, drizzled with oil and roasted over the fire on skewers. It was pretty not bad.

My brother, Andy, suggested stuffing one with sausage. It sounded like a good idea so the other night I gave it a try 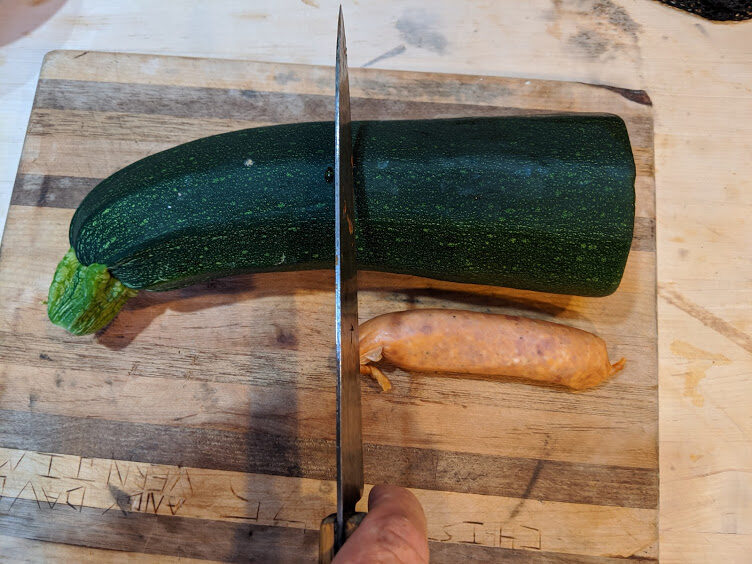 I left the sausage in the oven another 5 minutes or so after it had reached temperature. Then I inserted the slivers of garlic and onion into small cuts I made along each side and stuffed the sausage into the zucchini.

When it was done, I cut it into slices. I got six slices from this, enough for three servings. 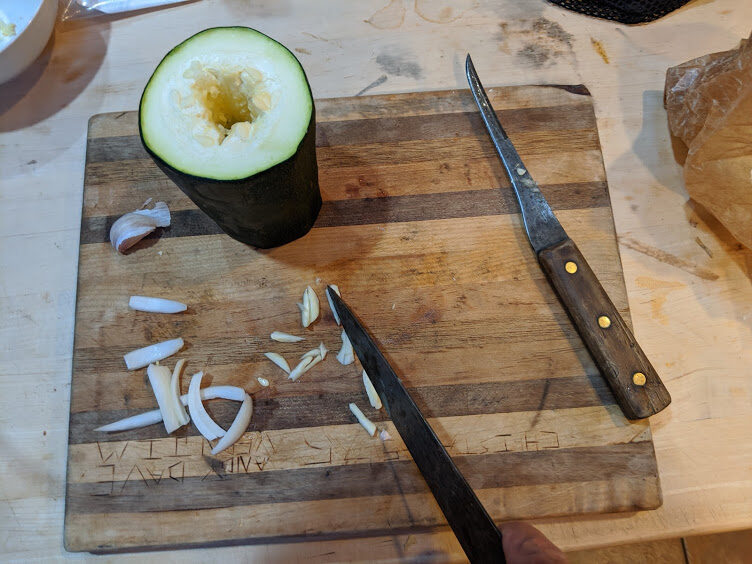 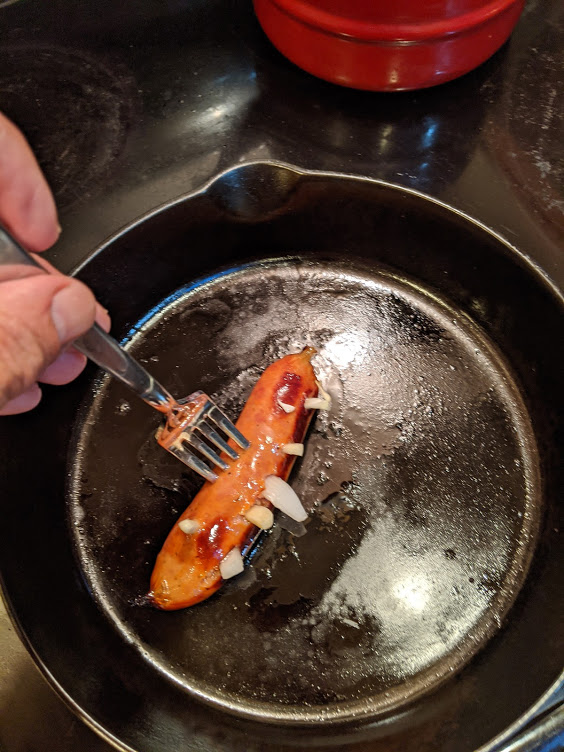 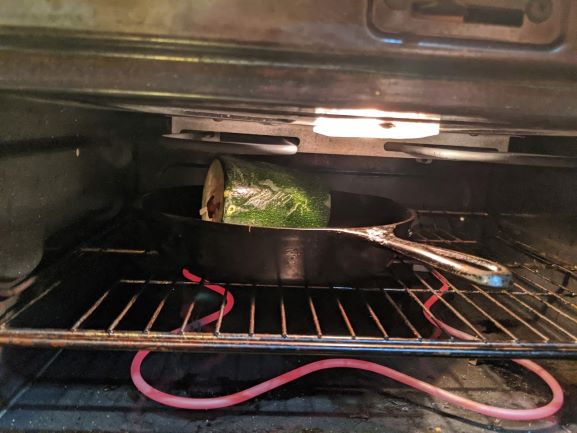 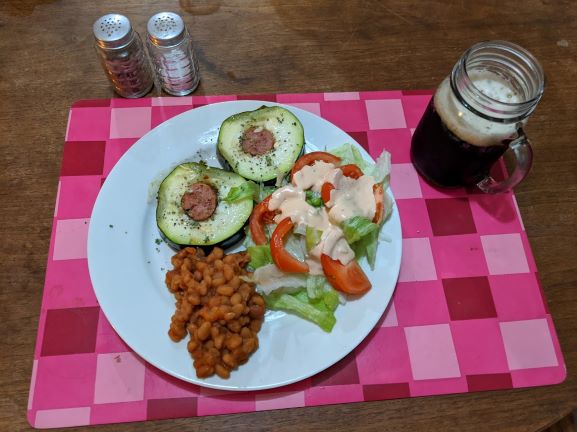