Robert disappeared into the longhouse and emerged a little later with a beautiful loaf of fresh bread. It seemed so simple, and according to Rob, it pretty much was. I asked him for his recipe and this is what he gave me. 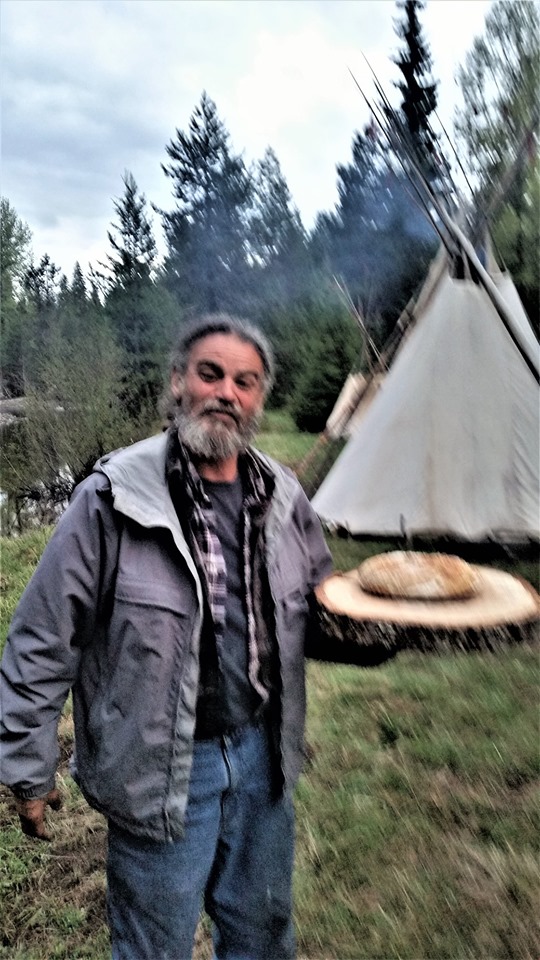 Add a little flour to warm water until you get a soupy batter. Add yeast, add salt – it may seem like a lot, but the salt adds flavor and will slow down the rise and keep it from foaming all over. Stir it all together.

When it begins to bubble like pancake batter , and smells vaguely alcoholic, sprinkle more flour in until you have a grapefruit sized lump with a consistancy you can pick up in your floured hands, but it wants to ooze between your fingers. Do not overwork it.

Rob stresses the important part is to keep the dough wetter than usual (but not drippy!)  to get the yeast to do its job on the flour sugars.  In theory we could have mixed up the flour and water and just exposed the uncovered mass to the sky and let wild yeasts begin the process but that would have taken a whole day,  with unpredictable results.  The salt is to control rising time and to add flavor.

Let it sit, covered in a warm place. Rob used a stainless-steel cook pot with a lid and placed it near enough the coals to stay warm to the touch, turning it every so often so it didn’t get too hot and start baking. On a warm day you could just put it in a sunny place.

Let it sit for a couple of hours, until it doubles. If it doesn’t double, it will be OK after it has risen noticeably.  What you are after is autolysis, where the yeast breaks down the sugars in the wheat, digests it and turns it into true dough.

Pre-heat the Dutch oven. It should be well seasoned or lightly greased. Sprinkle cornmeal across the bottom of the oven before putting the loaf in, to prevent it from sticking.

Get your hands covered in flour, dust the dough with flour and take the mass and shape it into a ball. Don’t worry about keeping it risen, it will be fine. No need to knead: autolysis has taken care of that.

Then dump in the dough in the oven, dust it with another skiff of flour, slice three cuts across the top of the dough to allow for more expansion.  Put the lid on, settle the oven into the coals, place coals on top.

Cook at high heat for 25-40 minutes. Replace the coals on top a couple of times during the process.  It’s OK to lift the lid and check it occasionally.  The bread will rise in the Dutch oven rapidly. You’ll see the crust form and become loose from the sides. Thump the top of the loaf with your finger, it should sound hollow when done.

Try it.  Robert says it is the easiest bread recipe he has ever used. 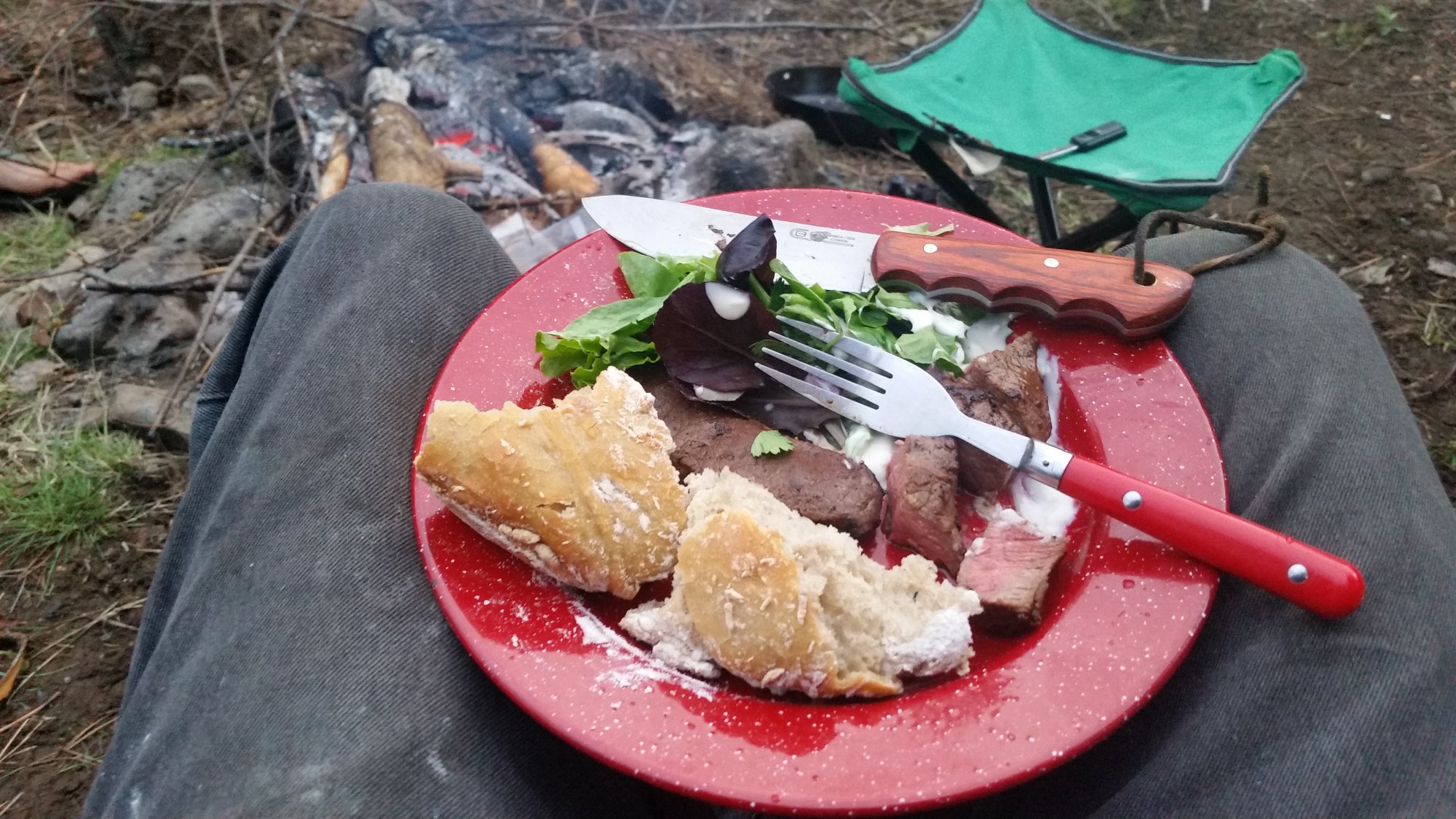