A Liter of Beer 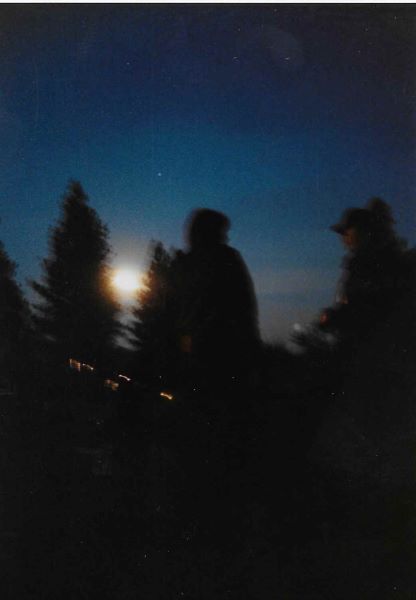 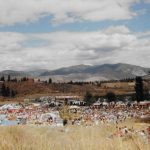 As I rode up to the gate, I could hear the bands playing over the thumping rhythm of my ancient /2 BMW. It was hot out, at the high end of ninety, and I was overdue for a beer. There were campsites reserved for the bikers to the east of the stage, opposite the family camping – an effort to keep the two parties separate. The best campsites had been taken by the time I got there so I set up on a hill, squeezed in between some Harleys, a van, and an old Ford pickup. 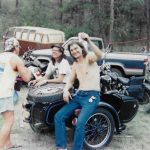 I camped next to George, a large, muscular Indian with a scarred face and a nose that had been broken sometime in his checkered past. He looked like an ax murderer, but he spoke like a college professor. George had ridden up from the Tri-Cities on his panhead, with his buddy and a girlfriend following in an old VW van.

The bands were still playing when I crawled into my tent later that night, but I’d had enough. I was pleasantly drunk, just on the edge of spinning, and dog tired from the long dusty ride to get there. I was sound asleep almost as soon as I got my boots off.

Around two in the morning I was blasted awake by the sound of a Harley with straight pipes driving past my tent. George and his crew had returned to camp. He shut off the bike. I let my head fall back on my folded leather jacket and drifted off again.

I was well and truly asleep when I was awakened once more, this time by shouting. Apparently, a dispute had followed George back to the campsite and he was hurling insults across the drive at his antagonist.

“You have little, wee testicles,” George shouted. “Your balls are paltry, scrubby, piddling embarrassments. Your testicles are so small they are inconsequential!”

There was a pause. I thought George was done. I rolled over in my sleeping bag, attempting to settle back into my slumber. It was not to be.

It went on like that all night. Just when I was almost asleep, George would start in again, insulting the manhood of the unfortunate biker across the campground.

“Hey! Hey you! You with the metric testicles – go fetch me a liter of beer!”

I didn’t get up the next morning until the sun had been shining long enough to make my tent uncomfortably warm. George was passed out on his back in the dirt beside his bike. One arm lay across his face, shielding his eyes from the morning glare. His other hand clutched a red plastic cup, still half full of beer. I couldn’t help but chuckle as I lit my camp stove and fixed myself some coffee. It had been a sleepless night but it was a memorable tirade.