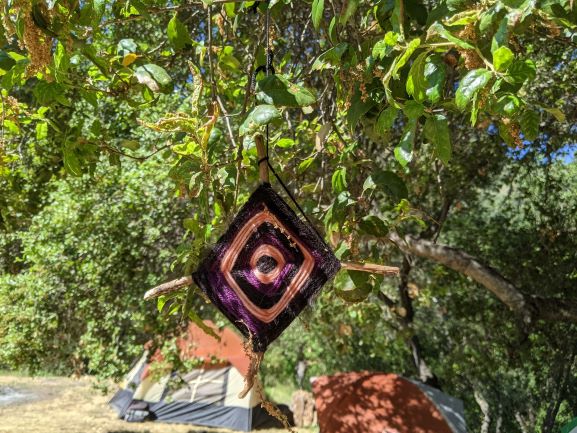 My wife started lobbying early: “The California boys are going camping. You should go. Everybody is asking for you. Damien is cooking.”

I was reluctant. I didn’t want to take time off work. I hadn’t gone anywhere since The Contagion started and I was uncomfortable getting on an airplane with a bunch of potential vectors of disease. Still, Damien is a damned good cook…eventually I caved.

Once I said I would go, the sisters started working on my brother-in-law, Dave. After some vascillation, he succumbed to the pressure.

With Dave and I on board, the women-folk went to work on Lynne’s husband, Pee-Wee. Pee has always said: “I grew up in a house without plumbing, why would I pay to do that now? I’m never going camping,”

Lynne told him ” Dave and Vernon are coming all the way from Oregon. You have to go.” Apparently, she was right. She usually is.

It was a marvel to see how adroitly they manipuated us into having a good time.

We all met at Arroyo Seco Park; just the guys. Husbands, boy friends, fiancee’s – and we all wondered what the women were up to, that they wanted us out of the house so badly. We never found out. In fact we forgot the question entirely, faced with around the clock bourbon, beer and BBQ.

I have no words, but I do have these photos. 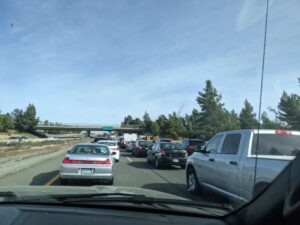 Dave and I drove to the Portland airport. Danny picked us up at SFO several hours later and we rode together to Arroyo Seco Campground, 154 miles south of SanFrancisco. 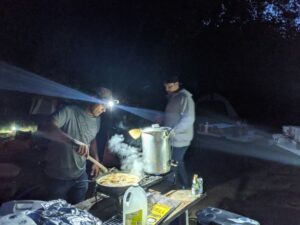 It was almost dark by the time we reached the park. The party was well underway. Damien had dinner ready about the time we got our tents set up. 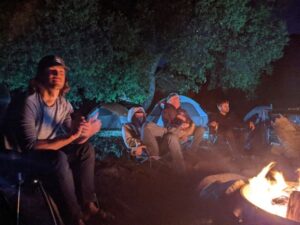 We stayed up late, eating and drinking around the fire. 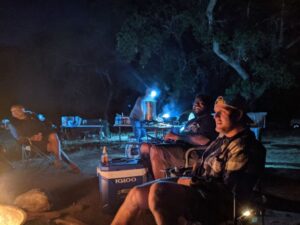 It got drunk out Friday night. 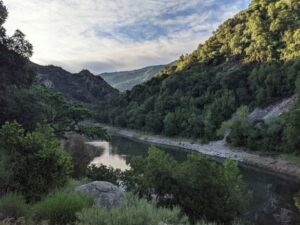 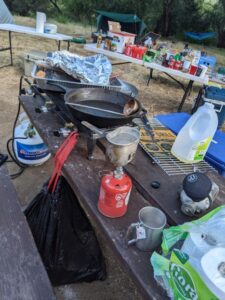 I got up early and made myself some tea amongst the wreckage of the previous night’s bacchanal. 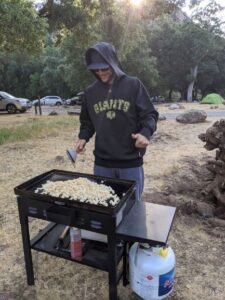 Brennan was up bright and early, making us burritos for breakfast. 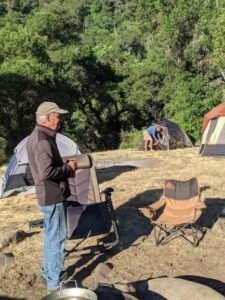 Bleary -eyed, the gang emerged from their tents a few at a time. 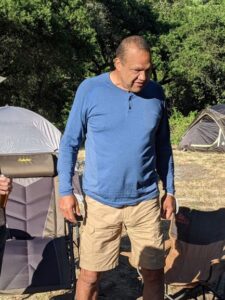 Pee Wee decided “It’s the camping life for me.” 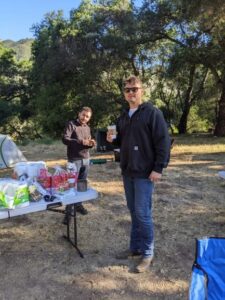 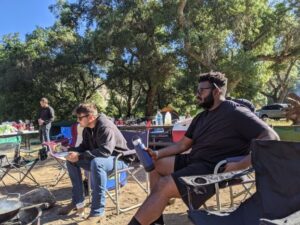 Xavier; a very civil engineer. Straight and true, that’s just how he rolls. 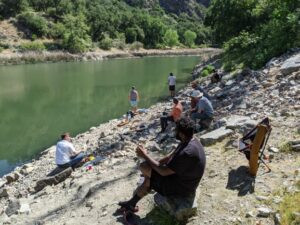 After breakfast we walked down to the impoundment. The fish weren’t biting, but the water was cool and the beer was cold. 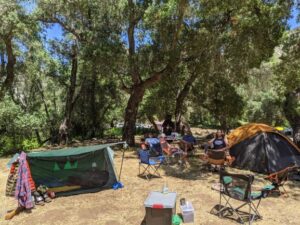 We straggled back to camp and sat in the shade while Damien made sliders for lunch. Damn, that man can cook! 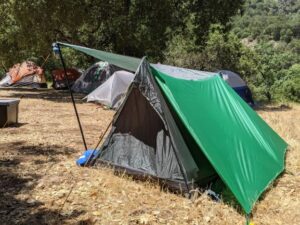 After lunch most of the gang went down to the river to hike in to a swimming hole. Pee Wee and I elected to stay in camp and nap. I am convinced we made the right decision. 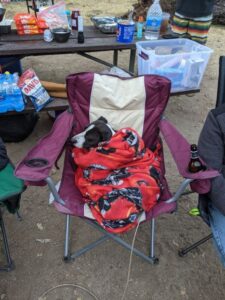 Pepper jealously guarded her chair and her beer. 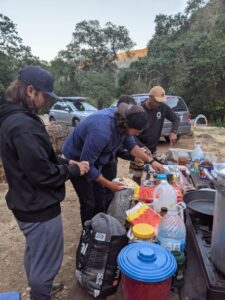 Saturday evening found us lining up for pulled pork on hawaiian rolls. 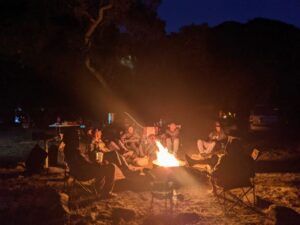 Saturday night was a little more subdued than Friday (although we still had a visit from the camp hosts, which cost us yet another ten dollars). 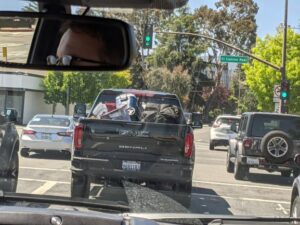 Sunday we packed up and headed north, back to the Bay Area. 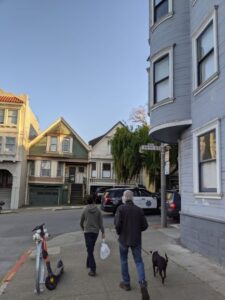 We spent Sunday evening in San Francisco with Danny. Monday morning he dropped us off at the airport. Thanks, Danny! 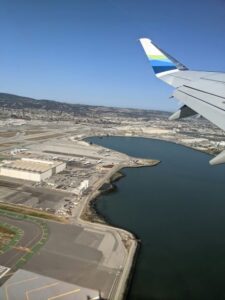 Before we knew it, Dave and I were on our way back to Oregon. Next year the crew is coming north to experience what we call camping. Damien set a high bar for the cooking, but I have been practicing, and scouting for the perfect spot to put up the tipis.

What are you looking for? | Arroyo Seco | BBQ | California camping | Frat party in the woods | pandemic | poison oak | scrub oak | The Contagion