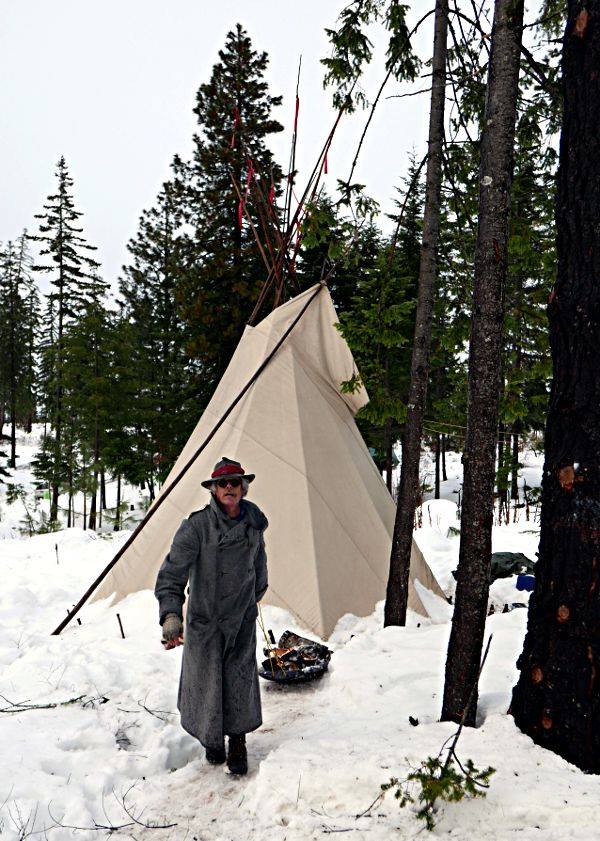 Winter camping can mean carrying heavy backpacks in deep, slippery snow. Awkward at best. But if you can slide your loads across the snow what was a hindrance can become a help. Something as simple as a cheap, child’s sled can make all the difference in the world. 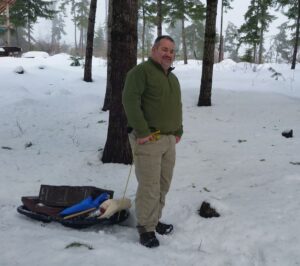 A hunters game sled or a freight toboggan takes it to the next level, allowing you to transport heavy loads to camp with relative ease. 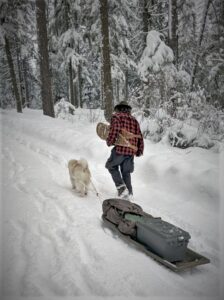 I added some hardware and elastic Rok-Straps to my sled to make strapping down my load with cold fingers a little easier. 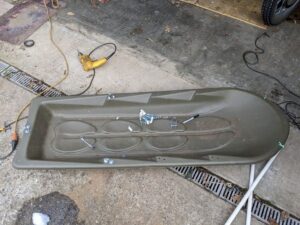 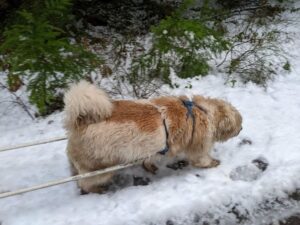 If you replace the pull rope with shafts fashioned by threading the rope through pvc pipe and tying snap hooks or caribiners to each end, the sled becomes more controllable over uneven snow or going downhill. Without the shafts the sled will try to run over you.

A belt with D rings to snap the shafts to allows for hands free towing. I found a surplus French Fire Brigade rescue belt on-line which should be just the ticket. 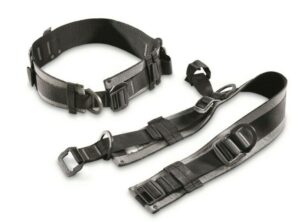 Sportsmans Guide sells a deer drag which is just a 2′ x 6′ sheet of plastic with grommets to lace your load to it. When you lash a load to it, the lashings pull the plastic around the load. 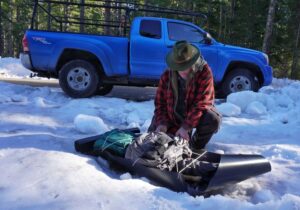 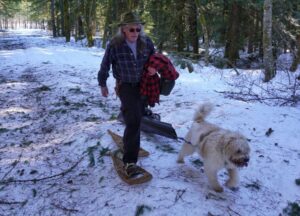 If your load isn’t the right size or shape, the drag curls into an uneven tube which won’t pull straight; it tends to tip over and digs into the snow.

After an unsatisfactory outing, I added some battens, turning mine into a cheap toboggan. 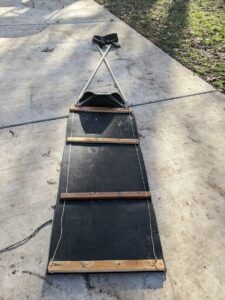 My brother and I are planning to go snow camping in a couple of weeks. He has a new sled and Walter Dawg will haul the green sled I added the cargo straps to. I am looking forward to trying out my toboggan. I will let you know how it works out.