The array on the light bar are LEDs from ADVMonster.  I turn them on at night and it looks like the sun came up in front of my bike. Originally I had 2 spots in the center and a pair of F11 Foglights flanking them. The spots are great, still bright after maybe 4 years of daily use. The F11’s gave me problems; ADVMonster replaced the one on the right twice. It seems to be working OK but the one on the left quit. Rather than bother them for a replacement, I thought I’d try something different. The M44 Offroad Flood was on sale for $30 so I bought one to replace the defective F11. With 4 cree diodes, each focused a little differently, it spreads a bright, wide beam lighting up all of the real estate right in front of me. The remaining F11 fills in the outer edge to my right. I aimed one of the spots way up the road and the other high and right to pick out deer at the edge of the road. The lights are hooked to my high-beam. On low they are civilized running lights. On high they can start fires at a distance and a quick flash of that right side spot wakes up drivers creeping out at cross streets. 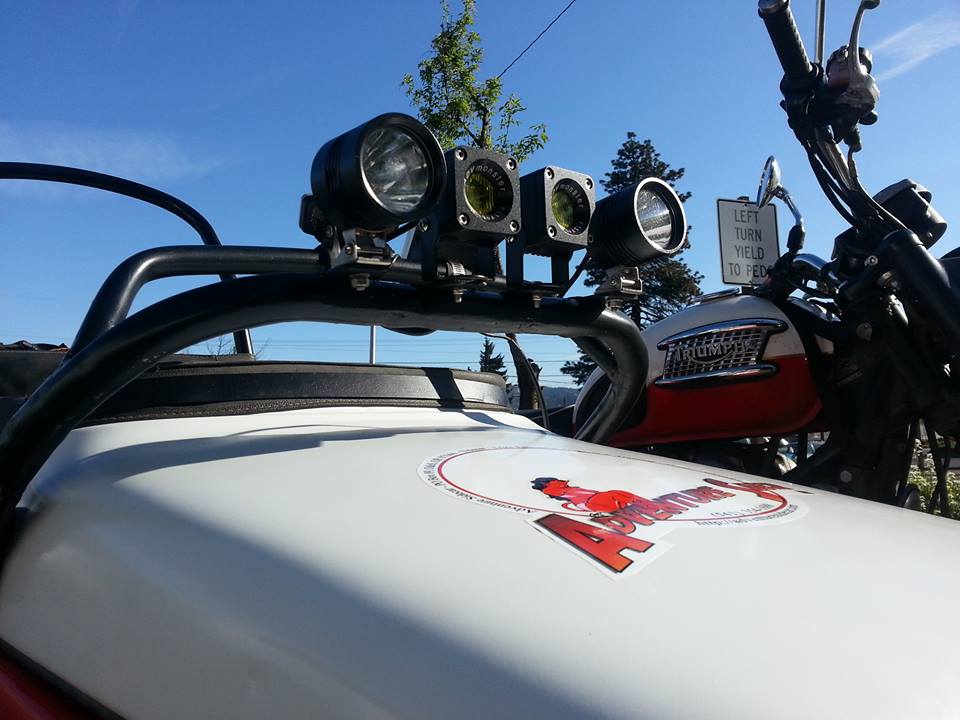 The light bar also provides space for a navigation station where a rollchart, GPS, and moto trip computer can be mounted in easy reach of the sidecar passenger. It doubles as a latch for the sidecar nose, replacing the flimsy OEM  catch with a secure closure. 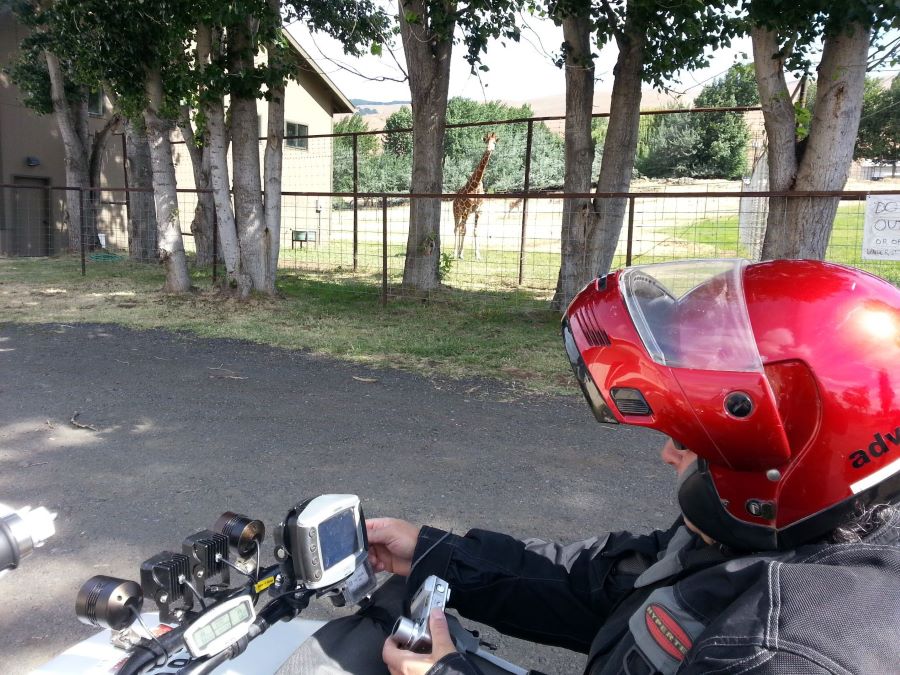 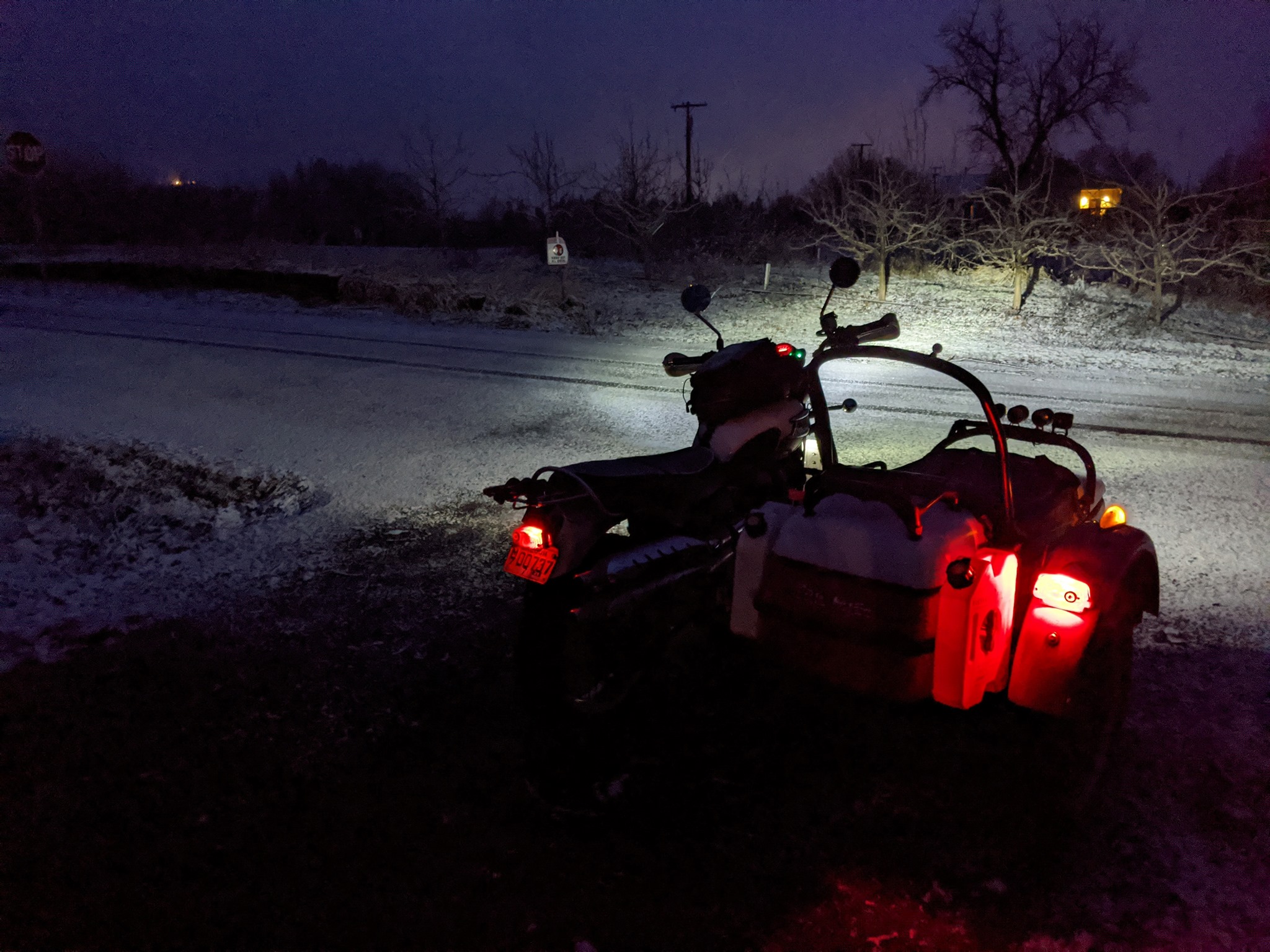