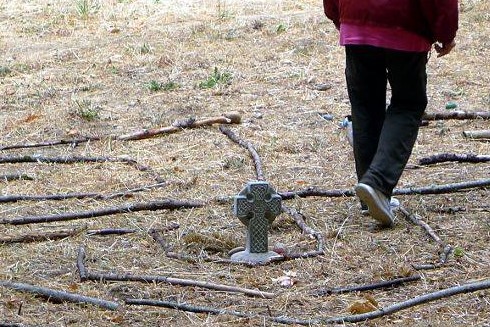 I had a professor in my freshman literature course who was obsessed with Christian symbolism. Scarred by a Catholic education, he looked for it in everything, from Franz Kafka to used car advertisements.

Raised in the Episcopal Church, I sympathized with his biases.  My family was Episcopal by tradition handed down through generations. It was not an intellectual choice, not a choice of any kind at all. I was baptized, I was an altar boy. Bishop Brown carved a cross on my forehead with his thumbnail when I was confirmed (the good Bishop believed we should feel Christ’s pain).

It is impossible for me to entirely leave behind the worldview of Christian superstition embossed on the mind from childhood. It leaches through in conversation and tints my perceptions with its imagery.

You can see it in my poem, The Vastness. Overwhelmed by the vastness of heaven, I watched the stars extinguished “like the candles on the altar at the close of service.” The Episcopal church service begins with a procession marching up the aisle which divides the congregation, who are singing the processional hymn as men in flowing robes carrying crosses and flags parade past.

When the procession reaches the sanctuary, the priest and accompanying functionaries bow before the cross and peel off left and right to their stations on either side of the altar. A pair of acolytes, carrying staffs capped with brass and a flaming wick, bow and approach the altar. They light the candelabras on either side of the cross, starting with the candles nearest the cross and moving outwards, symbolizing all light comes from Christ.

When the service concludes, the same two acolytes use the brass bell-shaped cups on their staffs to snuff out the candles, moving from the outermost candles toward those nearest the cross, symbolizing the light returning to Christ.

And I watched the clouds moving from west to east, snuffing out each star in turn, leaving me alone in darkness, waiting for the sun to return.

But I don’t remember ever believing the Christian mythos, and I still don’t, despite it being branded on my psyche. My beliefs are more elemental. I woke early in the morning, went outside and stared into the vastness, awestruck by its depth, by the beauty, by the unknown. Then the clouds rolled in, erasing all that, and I was alone with my thoughts, waiting for day to begin.

The night is deep and mysterious. It can be threatening or embracing, depending upon context and perspective. It invites, even demands, questions.

Day brings the respite of banality. Excepting sunrise, sunset, and the occasional striking play of light across the landscape or atmosphere, daylight is the backdrop of life. It allows you to distract yourself from mortality and become immersed in the daily chores of living. If you find yourself wrestling with an existential crisis in the clear light of day there is either something profoundly wrong with you or something is profoundly right. You don’t need to look for hidden symbolism. During the day, it is enough to live your life. 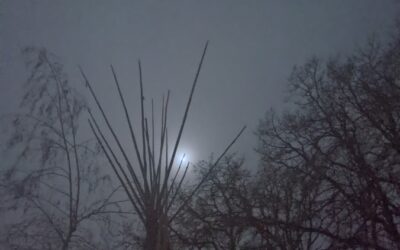 Predawn freezing fog blankets the canyon. My rooster is arguing religion with the neighbor's bird. Occasionally some... 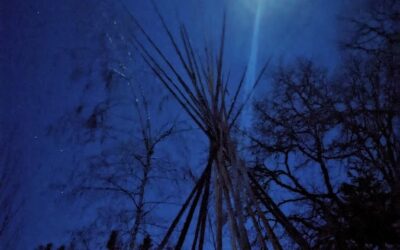 Receding snow covers the ground like a dirty blanket, crusty and stained, flecked with debris. But the moon bathes it... 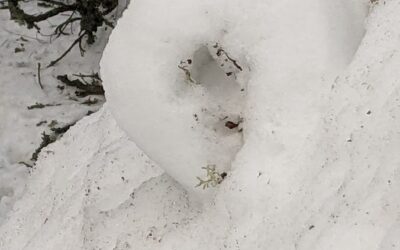 Mimicking a steep mountain avalanche the snow rumbles off my lodge suddenly sliding down in sheets and curls scrubbing...

What are you looking for? | Christian Symbolism | essay | perspective