Why I Am Not A Cat Person 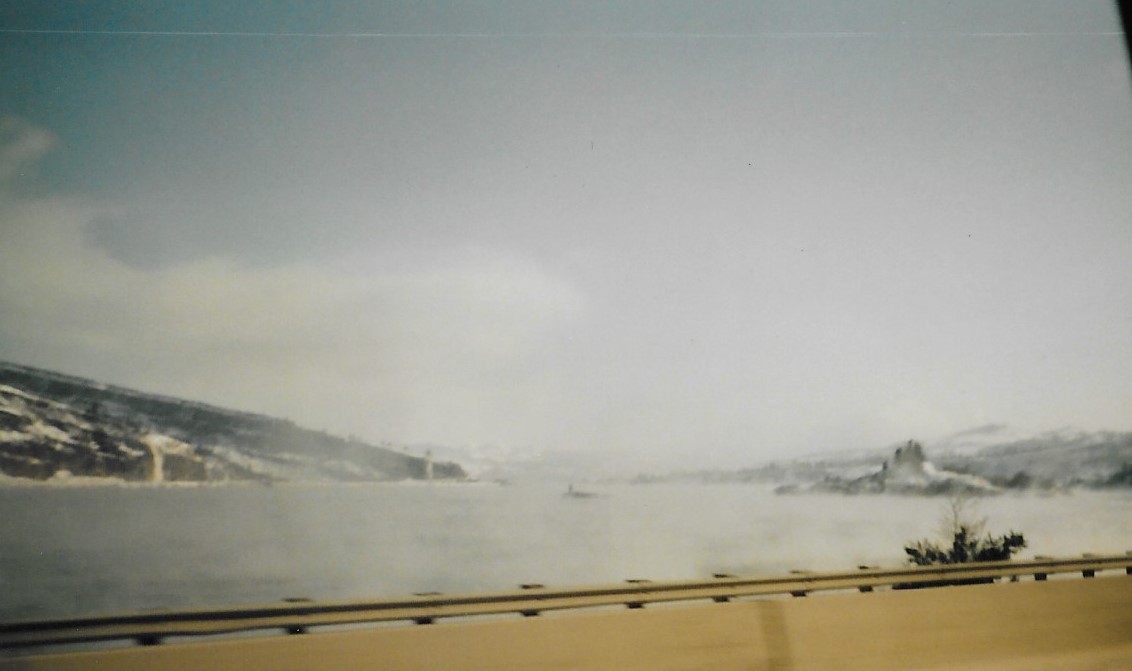 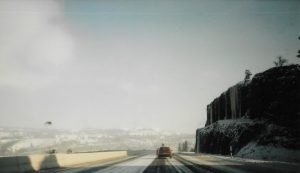 It was one of those spells we get in January; a couple of weeks of clear, dry weather with the temperatures stuck in the teens. I had seen an ad in the paper for a BMW powered reverse trike up in The Dalles. I envisioned something like a Morgan. Two wheels in front, but with the opposed cylinders of the boxer engine sticking out of the cowl and chrome exhausts running low, along either side of the cockpit, to end at a sleek boat tail which enclosed the rear wheel. The ad said it “needed work” but they only wanted $500 dollars for it. I called and made arrangements to see it that weekend

The weather continued fair. Saturday morning the sun was shining and the sky was blue and crystal clear.  There was no snow but the ground was like frozen tundra. I put on my wool long johns and added several more layers top and bottom before pulling on my boots, leather chaps and heavy, leather riding jacket. I strapped on my brand new shiny black Bell full face helmet and some war surplus arctic shooter’s mittens and I was ready to go.

It was only about fifteen degrees and the Norton was reluctant to start. I had to  pull the clutch in and kick it over several times before the clutch plates came unstuck from the cold, gooey oil. The crankcase felt like it was full of pudding as I stomped down hard on the kick start pedal. Kicking repeatedly I tried to get the engine to roll over fast enough to fire. Finally it popped and caught. I fiddled with the throttle, willing the engine to keep going. After a few minutes it settled into a steady, thumping idle.

I rode through town and got on the freeway, heading east. I was in the shadows of the looming basalt cliffs for the first five miles. Frost covered the pebbles along the edge of the freeway. Rounding that last corner, just before Mosier, the low winter sun struck me full in the face, almost blinding me with its brilliance. To my left the river reflected the blue sky, a sparkling azure mirror. The river banks and sandbars were rimed with ice forced into fantastical shapes by the cold, jagged crystalline growths, so white you couldn’t look directly at them without squinting.

I was beginning to be cold by the time I left the freeway at the second exit for The Dalles. My fingers throbbed and I had a hard time making them work enough to use the clutch and brake levers. I took Mt. Hood Street to Olney Road and wound a circuitous route from there up into the rolling waste lands behind the city.  A few oaks grew in clusters dotting the hills and the draws held poplars and pines where the water collected, but the landscape was primarily a succession of barren rolling hills covered with dry, yellow straw.

The guy selling the BMW lived on top of one of these hills in a run down white single-wide at the end of a dirt road. If you looked beyond the immediate vicinity, the vista was stunning. To the east was an ocean of hills extending as far as you could see, covered with wheat straw shimmering in a mild winter breeze. To the west you gazed upon Mt. Hood, glistening with snow, the fir covered Cascade Range draped like a robe around its neck. The Dalles spread out along the river to the north. Crates Point was clearly visible where the river disappeared into the rock palisades of the Columbia Gorge. The aluminum plant sent a thick plume of steam into the sky, which was otherwise unmarred, pure and blue. At the other end of the city, beyond the steel bridge spanning the Columbia, water spewed from the dam in great frothing gouts.

But my closer surroundings were remarkably squalid.  The little trailer house had a cobbled together, covered stoop sagging at the front door. A large satellite dish was aimed at the sun near one corner of the structure, behind a rusty refrigerator lying on its side. There were several cars parked randomly where they had expired and a truck on blocks with no wheels. There were cats everywhere. Every square foot of frozen ground held at least one cat and twelve cat turds. The cats were patched with mange, some missing an ear or an eye.

The owner, hearing my motorcycle, emerged from his castle, nudging aside a kitten with the edge of his boot as he stepped off the porch. Two more cats ran out from behind the torn skirting beneath the trailer and streaked past me, disappearing behind a parked car. They were light colored  and I could see little black flecks hopping and crawling around the patchy fur on their backs as they ran by.

I introduced myself. “I’m here to look at that trike.”

I stuffed my mittens behind the cylinders to warm up on the engine block and set my helmet carefully on the seat of the Norton before following the owner out behind his trailer. I took great care not to tread on cat shit or a mangy feline. I was hoping my leathers would seal me off from the fleas.

Three cats peeked out from under the yellow International pickup with no wheels and watched us walk past a stack of wood partially covered by a couple sheets of corrugated tin and the tattered remains of a blue plastic tarp.

And there it sat.

“Ain’t she a beaut? I was gonna finish her up but I run out of money ’bout three years ago. It ran when I parked it. A little gas and a fresh battery…hook those wires up there and she should start right up.”

The machine was the most improbable piece of crap you could ever wish to see. He had welded the front half a VW bug to the motorcycle frame. There was steering wheel and a pair of weathered plastic dune buggy seats just ahead of the engine, but no sheet metal aside from the rusty fuel tank sitting lopsided on the spine of the BMW frame. The whole thing was about seventeen feet long. It had been left sitting out in the elements. A long time. Water had leaked around the spark plugs, filling the cylinders. Everything which wasn’t aluminum grew rust like red fur and looked as mangy as the cats. The aluminum parts had a thick coating of white oxidation. Loose wiring hung from it like a snarl of kite string in a rose bramble. There was no way this contraption would run and if you did get it running it didn’t look like it would handle worth a damn. It was so decrepit it wasn’t even worth parting out-there was nothing salvageable. I had made a wasted trip in sub-freezing temperatures.

“I’ll have to think about it” I lied.

“Well, gimme a call. Better hurry, though. I got a couple of other guys that are interested in it.”

Yeah, right, I thought. “Well, thanks. I’d better be heading back,” I said.

I followed the worn path through the cat turds, up the hill, around the woodpile and past the derelict truck, back to the front of the mobile home where my bike was parked.

There were dirty paw prints all over the Norton’s glossy black fuel tank and across the leather seat. Fucking cats. When I put my helmet on I was enveloped by a fetid, sweaty miasma of tomcat piss. Oh, God damn it! I was thirty miles from Hood River and it was almost too cold to walk around with out having your head covered, let alone ride down the freeway helmet-less. And Oregon has a helmet law-no way I’d get all the way home without being pulled over. I had no choice. I wore the helmet. I found the ride home just as breathtaking as the ride out had been, but in an entirely different sense. I choked back the bile and tried not to breathe through my nose.

As soon as I got home I put my head under a faucet. I rubbed my scalp raw trying to remove the smell from my hair. Then I shampooed the helmet liner. I washed that helmet in vinegar and then I scrubbed it vigorously with Dr.Bronners and stuffed it full of cedar shavings but nothing touched the pervasive stench of cat piss.

I bought a new helmet and relegated the shiny, black Bell to “loaner” status.