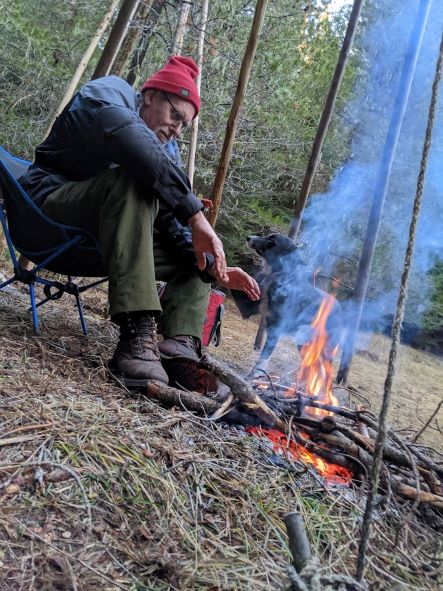 OK, technically December 3rd is still fall, but the day was short and it was cold. 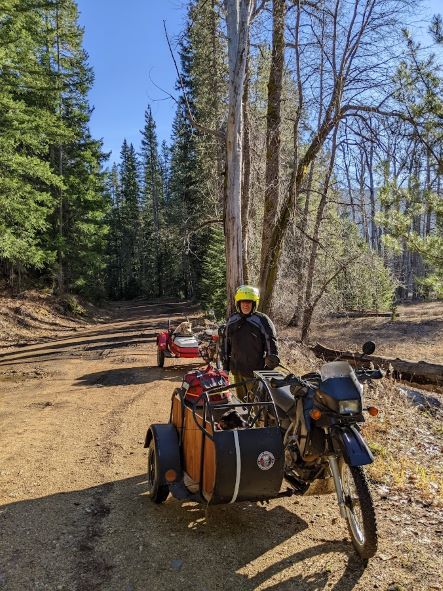 Often the roads up here are blocked with snow by now, but it was dry and clear all the way to our camp. 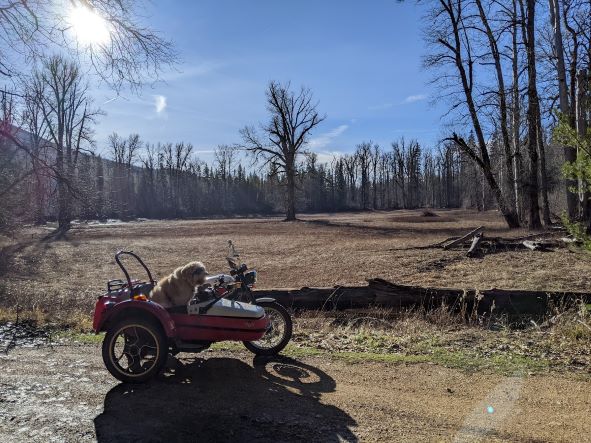 When I was here a couple of weeks ago, this was all underwater. 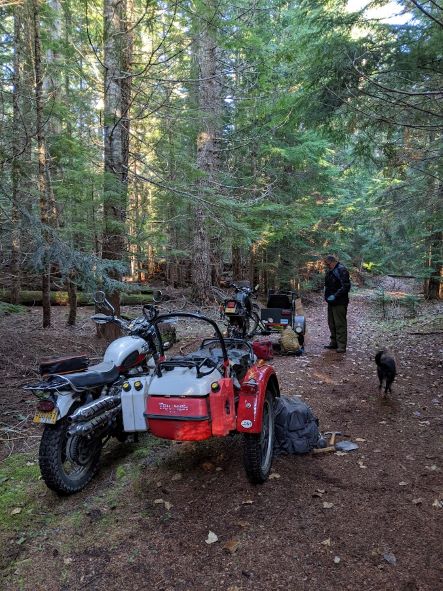 We tucked the bikes out of sight at the trailhead. 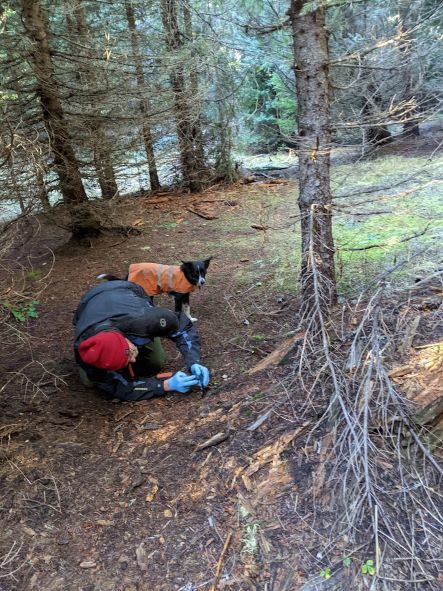 As usual, my brother was willing to do whatever was necessary to get the shot, and so took the best photographs. 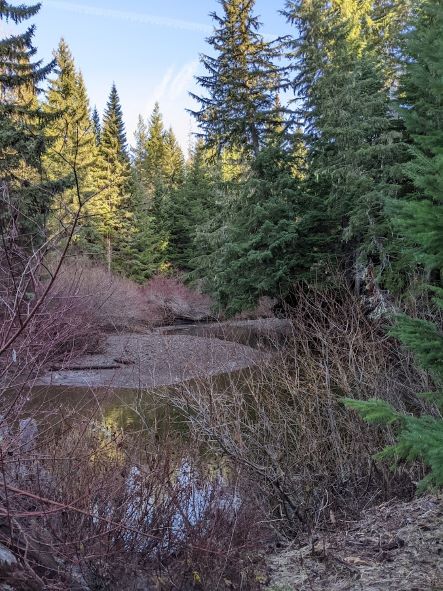 The creek looked about the same as last time I was here, still higher than it was last summer. 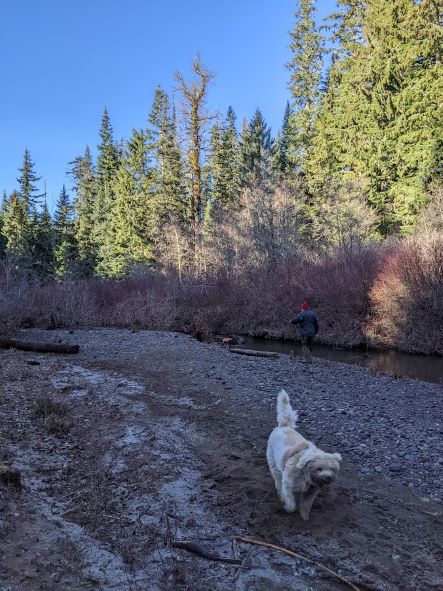 It was pretty chilly by the water, so we didn’t tarry. 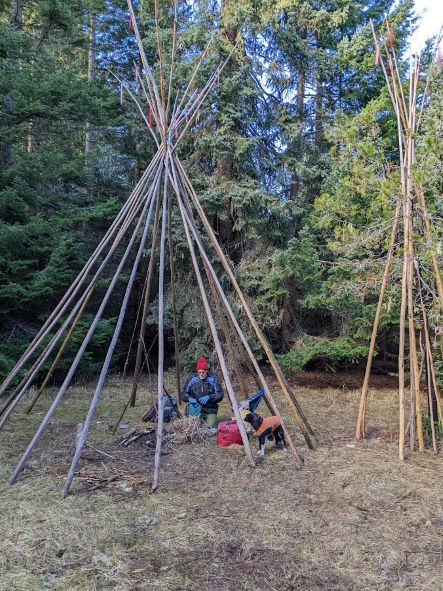 We went back to the campsite and gathered some wood. Most of it was damp, but we were able to find some dry tinder and low hanging dead branches back in the trees. 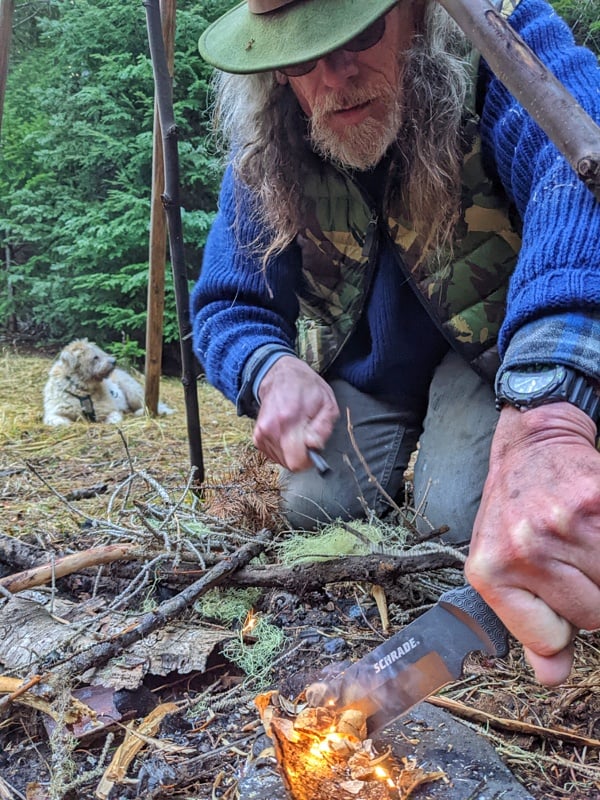 We took turns trying to spark the tinder into life. 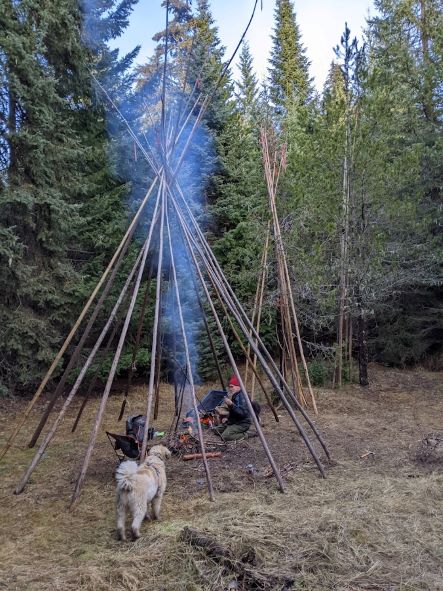 Eventually we were rewarded with smoke. 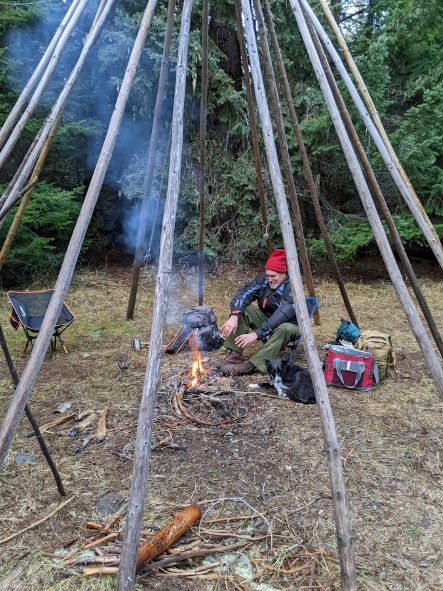 Which, with much effort, Andy was able to nurse into flame. 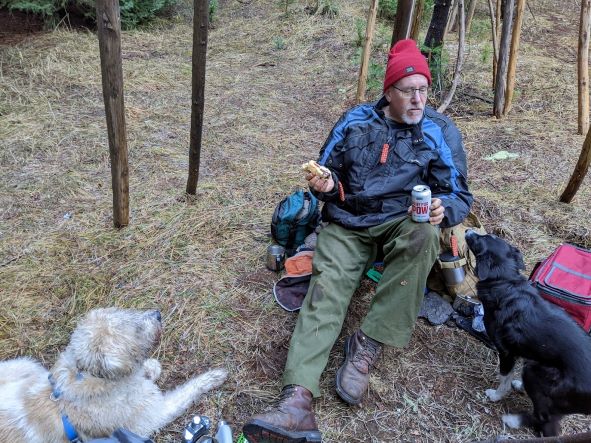 We roasted some brats for lunch. 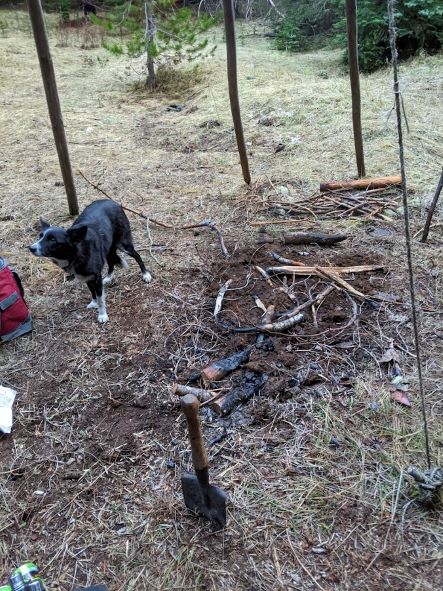 After eating we buried the fire in damp earth, packed up and left, with a half-hour of daylight remaining. 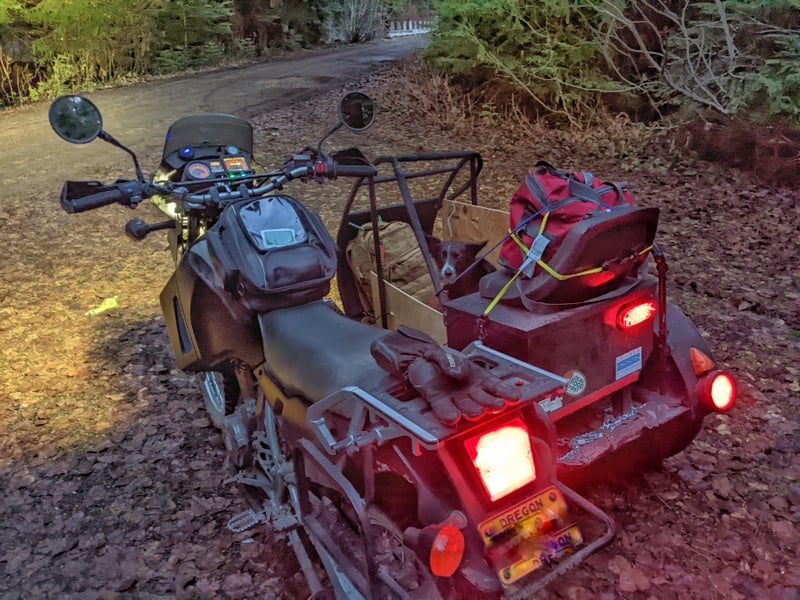 We were back at the bikes as twilight descended upon us. 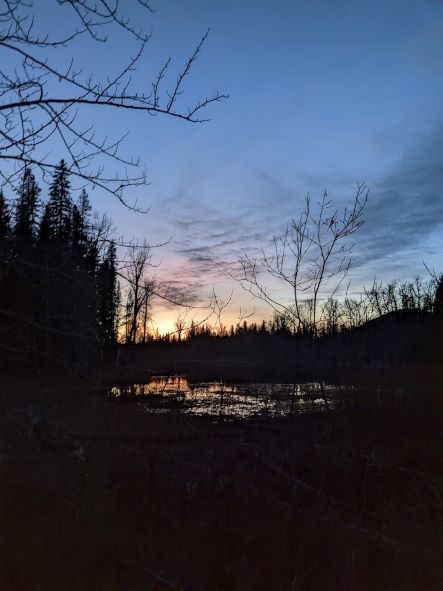 The sun was setting as we rode out of the forest. 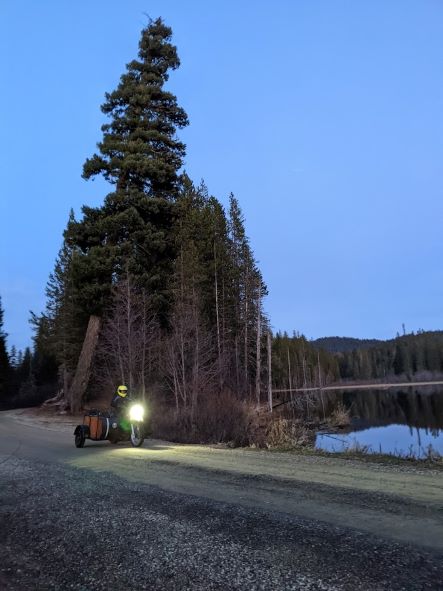 It was a chilly ride home and not without incident. I stalled my bike and couldn’t get it started. Running at low RPM with the extra driving lights on had drained the battery. Fortunately my brother had a battery bank handy and was able to jump me. No harm, no foul. Another adventure happily concluded. 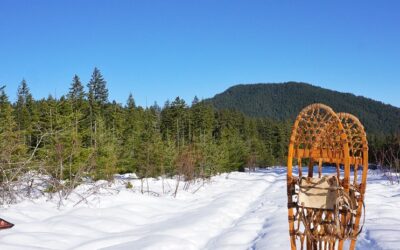 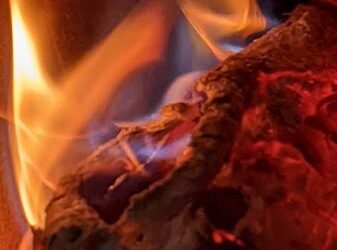 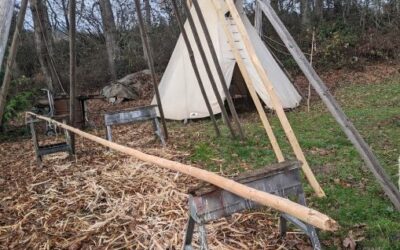