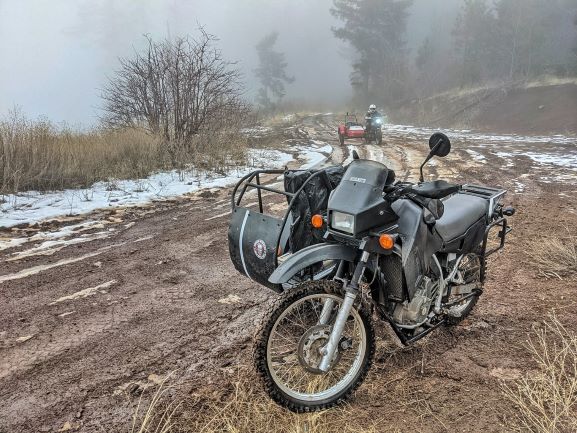 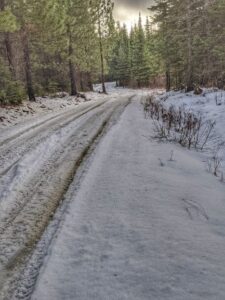 Andy and I rode up Neal Creek and looped back on Fir Mountain. The roads were snow covered in the shadows of the canyon but it wasn’t deep and there were patches of mud and gravel where the sun had gotten to. 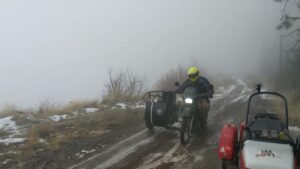 It had warmed to just above freezing; the melting snow rose as fog. 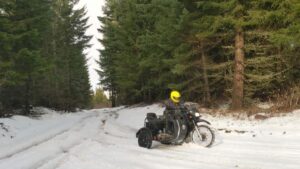 Farther up, it was sunny, but colder, with more snow. We headed back along Snakehead Ridge. 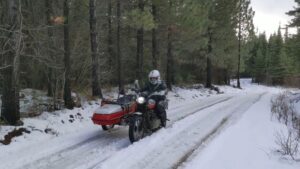 Sliding and careening across the frozen track. 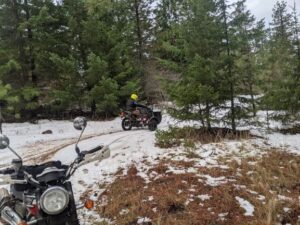 We turned up Huskey Road and followed a spur to the left. 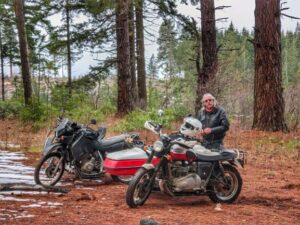 Andy and I had spent a cold February night camping here ten years ago. 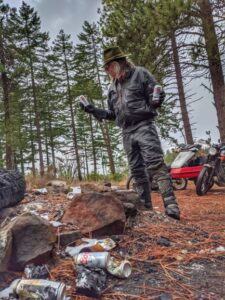 The clearing was defiled with redneck scat. I swear to Dog, light beer drinkers should not be allowed outdoors. I picked up the trash and tossed it on the floor of my sidecar. 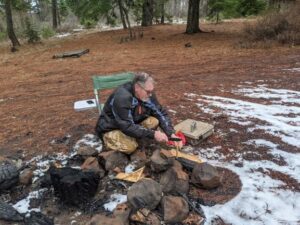 Andy’s son, Jon, gave him a knife for Christmas. Andy was anxious to try out his bushcrafting skills with it. 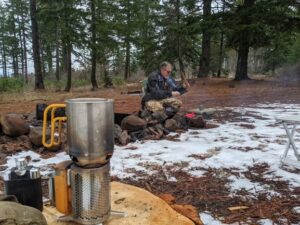 While my brother struggled with the fire, I dumped some pellets into my Biolite, lit some fire starter with a Bic and boiled some water for hot chocolate laced with rum. I’m bushcrafty that way. 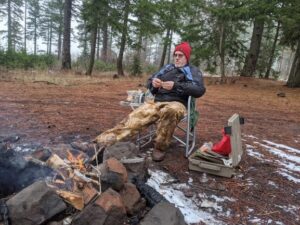 Despite cold fingers and wet wood, Andy soon had the fire blazing. 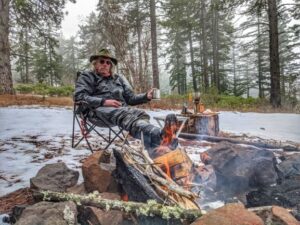 We kicked back and enjoyed a New Year’s Day picnic in the woods. 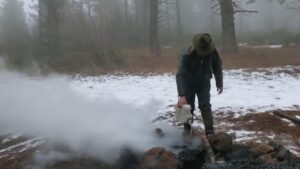 It was past four o’clock; we had been anticipating nightfall, but it still surprised us. The light went out like a dimmer switch turned down too quickly. A fog rolled in as the light ebbed, bringing a cold wind and hard rain with it. We packed up and doused the fire. It was time to go home. Happy New Year to you and yours.