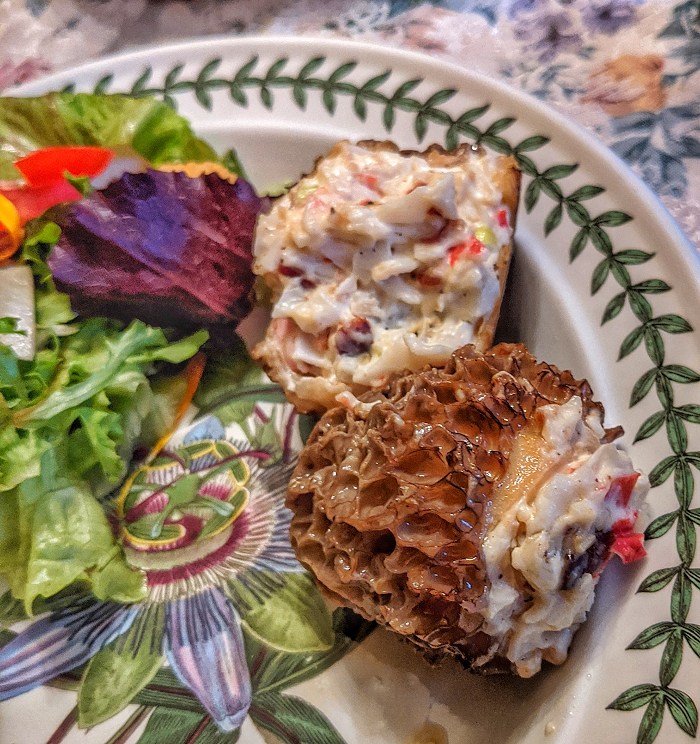 A little bit about Andy Wade

I’ve been accused of never following a recipe, and well, that’s almost true! Taking an idea and experimenting with it is a thrilling culinary adventure – especially for my victims. You see, I have no formal training in cooking and, while in my mind I can almost taste the flavors I’m about to blend, my imagination is not always up to the task.

But the adventure lives on! My garden is often the palette from which the flavors spring. I like to plant the usual suspects, but I also add new plants every year – new flavors to explore and new colors and textures to the garden. Even the “weeds” are not safe from being plucked and added to a dish (and they’re often more nutritious and delicious as well!)

I returned to a favorite patch of morels for a third picking the other day. Holy Smokes! They weren’t just plentiful, they were giant! These were some of the biggest morels I’ve ever found, several of them were 7″ tall with caps hovering between 4″ and 4.5″, one of the caps had an 8″ circumference!

Obviously, there was no question a stuffing was in order, the only question was, with what? A week earlier I tried a recipe for crab-stuffed morels, but I wasn’t impressed. This time I decided to glean ideas from a few different recipes and then create my own. The results were simply delectable! 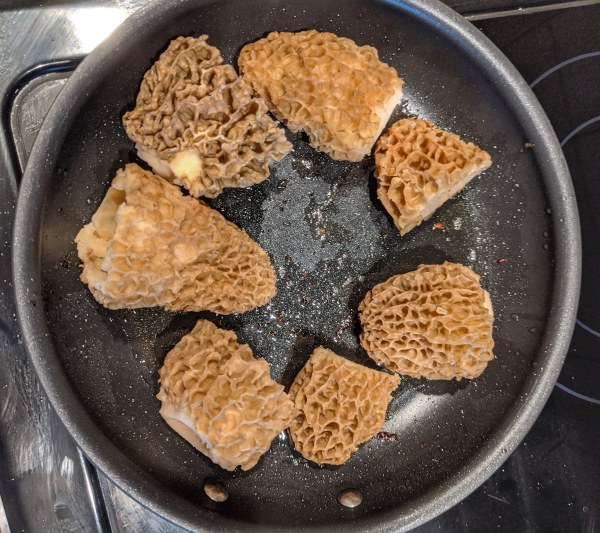 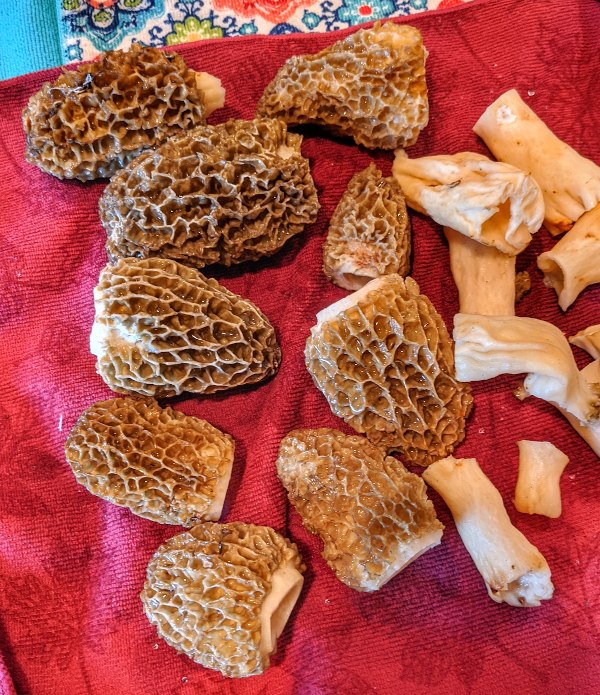 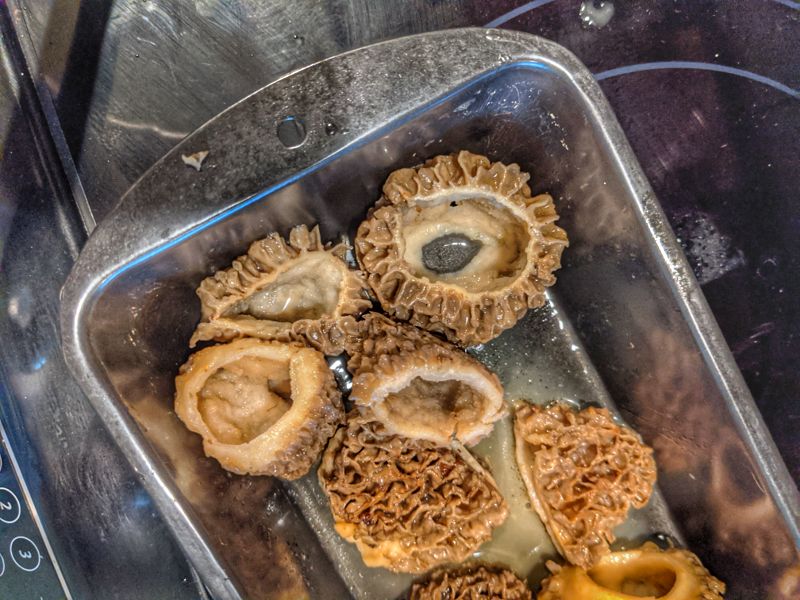 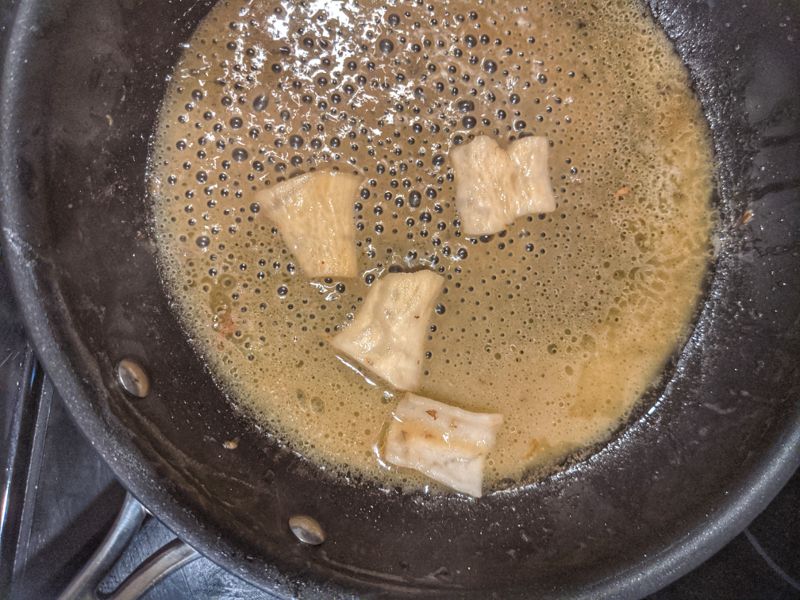 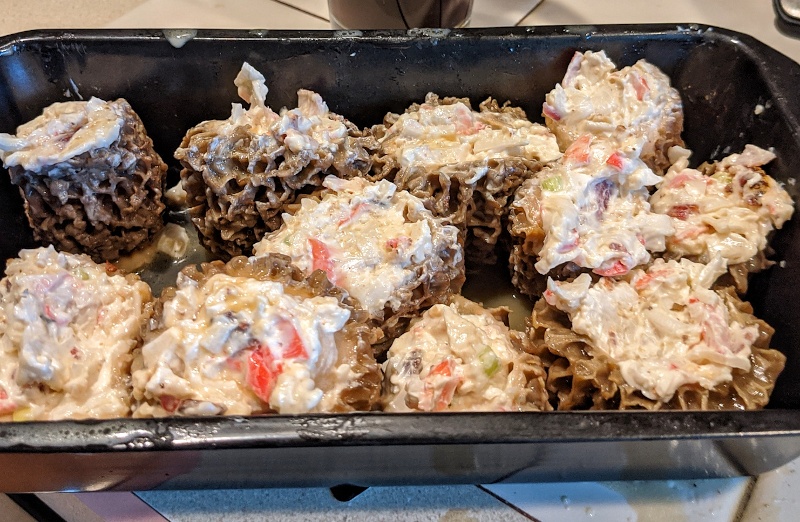 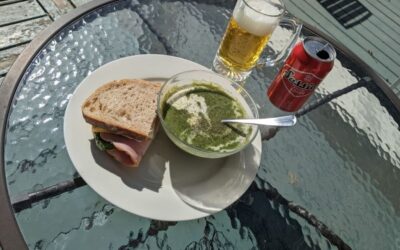 Stinging Nettles are a nutritious early season foraged food which can be found throughout the United States. Gloves... 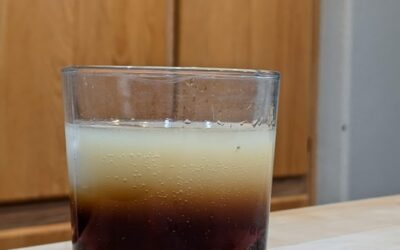 Foggy Meadow This layered drink reminds me of dense fog blanketing the field behind our house. The club soda calms the... 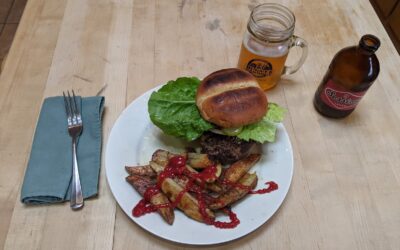 I had some fresh chanterelles, a half a pound of ground beef and some grated cheese left over from last night's...

What are you looking for? | Andy Wade | cooking | morel recipe | Recipes - Andy