The Nettles Are Pushing Up. 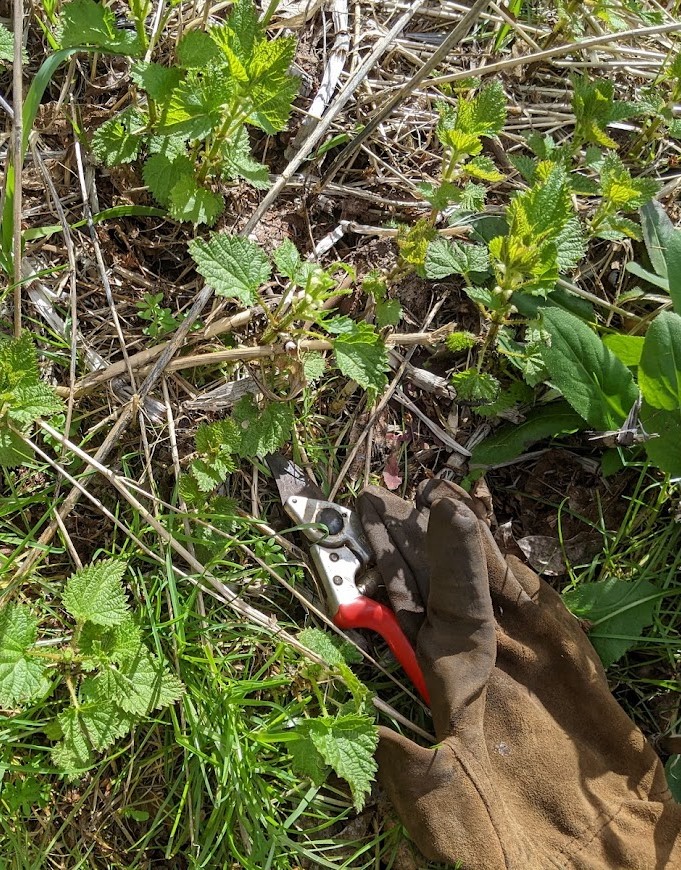 I collected some stinging nettles down along Indian Creek today. Might try making some soup later. Still no sign of Verpa or morels yet. 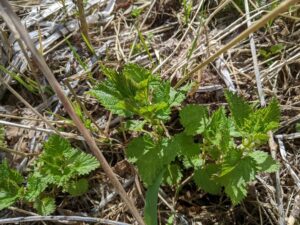 The nettles are just pushing up, less than 6″ tall. 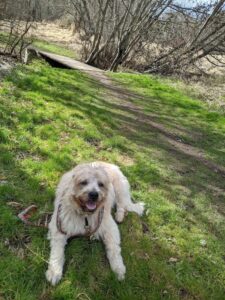 Walter waited patiently while I collected my greens. 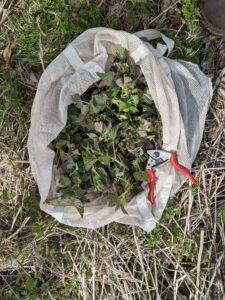 A bag full of fresh nettles

After I was done foraging, Mike and I went up the Oklahoma Road to see if there had been flooding where my snow camp had been. The water came up to where the woodpile and kitchen had been, but has gone back down. The river is running about two feet above where it was when Andy and I camped there a couple of weeks ago. We really lucked out with the weather that weekend. 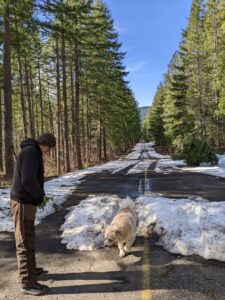 Most of the snow has melted off the road. 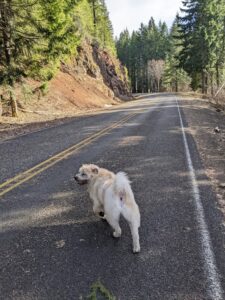 There is no way we could use the toboggan to sledge gear in now. 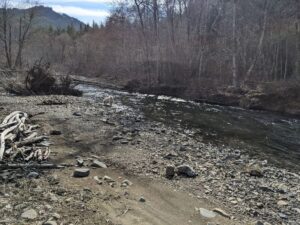 It rained hard up here the week after we broke camp. The water covered the beach we had our lean to on. It has since receded again. 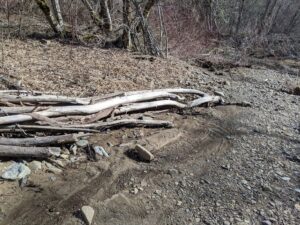 We tied the back of our tarp to this log. What’s left of our woodpile is at the left. The river deposit fresh sand right up to the wood, washing away any trace that we had camped there. 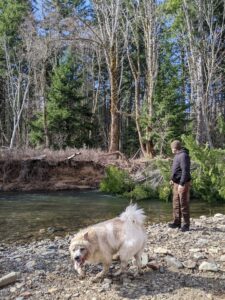 Mike and I shared some bread and a beer, then headed home. 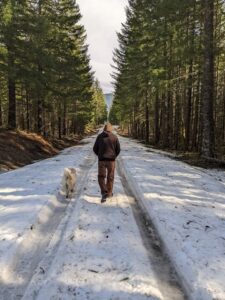 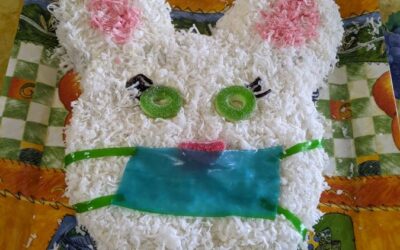 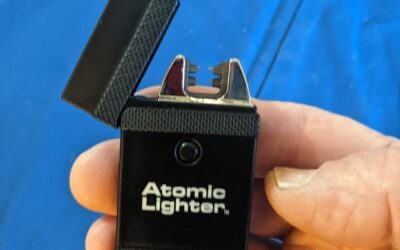 What are you looking for? | Boomer scout troop | foraging | Spring foraging | stinging nettles