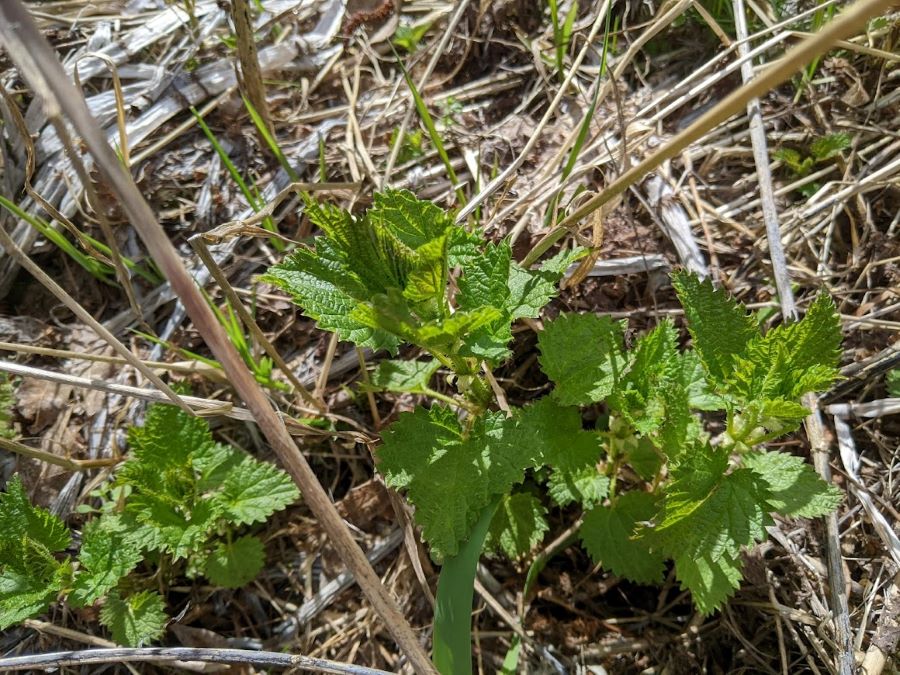 Stinging nettles (Urtica dioica), have serrate leaves resembling mint, arranged opposite on a square stem. Nettles can grow well over 6 feet tall. They are common along streams and rivers and damp, fertile ground throughout the United States. 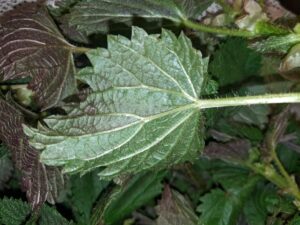 Probably the most definitive identification can be had by the tingling prickly sting caused by tiny hairs or spicules lining the stems and the underside of the leaves. Each fragile, glass-like hollow barb is attached to a bulb filled with a witch’s brew of irritants which is injected under the skin of whatever unfortunate creature brushes against the plants. The stinging and itching can last all day, but generally subsides in about an hour. Young plants are less potent than mature nettles, but I would recommend wearing gloves if you harvest them. The stingers are rendered harmless by boiling. 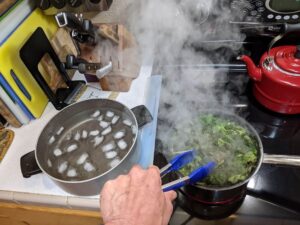 blanching nettles by boiling followed by a cold water bath. 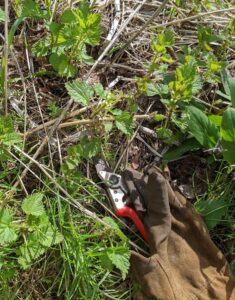 Nettles are an amazing early season foraged food source, providing protein, carbohydrates and a rich array of vitamins and minerals. Harvest them before they flower; new growth, the leaves and tender tips are edible. Blanch them to remove the stingers. They can be used in soups or as you would spinach or other stewed greens. Boiled nettles make a nutritious and refreshing tea. 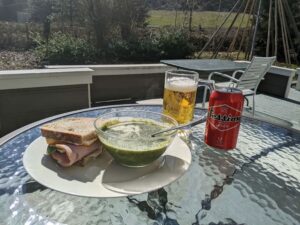 Mature nettles can be used for cordage and textiles. The stalk needs to be stripped of leaves and stingers, then flattened and split so the fibers inside can be worked free of the pith.