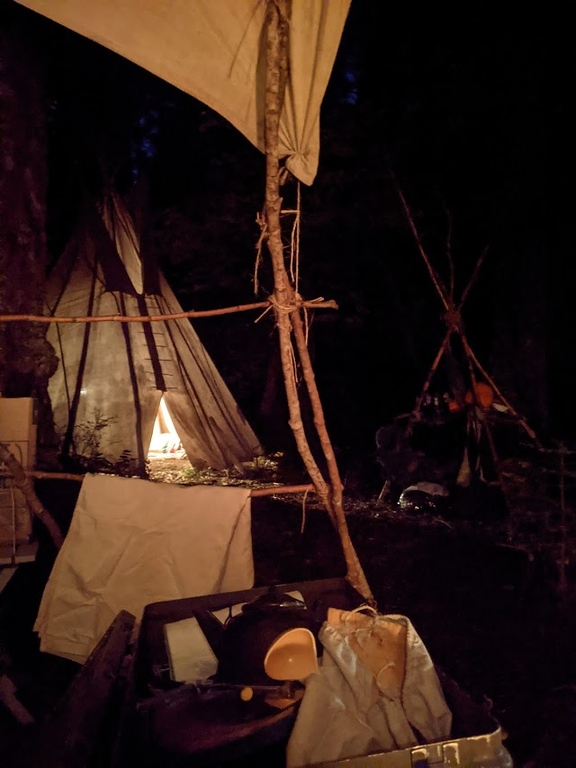 Ever notice how traditions spring from repetition, almost without our noticing? Apparently, my brother and I have a traditional Halloween camp-out. Every year, we go up in the woods, camp, carve Jack O’Lanterns, hunt mushrooms, drink too much, and eat too much. Usually it rains; sometimes it snows.

This year was looking like another wet, cold camp. The temperatures had dipped into the twenties the preceding week. It had warmed up slightly, but a series of storms were lined up off the coast with rain predicted for the entire weekend.

As Halloween neared, the forecasts were revised. It began to look like only light rain Friday, overcast through the weekend and more rain beginning Sunday night. Not too bad for an Autumn expedition.

We got  late start Friday, arriving at the trail-head around 1:30. The road in was muddy, but the rain had tapered off to a sprinkle, so light that, although we could hear it tapping in the treetops, it never reached the forest floor.  About the time we had gotten our gear into camp, it stopped completely. By evening the clouds had blown past. The rest of our stay was fair and clear, chill, but not freezing. A remarkably fine weekend for an outing. 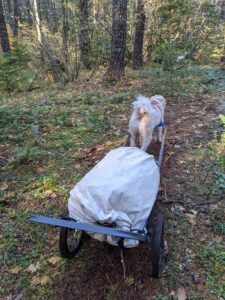 Walter hauled the heavy stuff in: the water, the canvas and the big crate of cast iron pans. 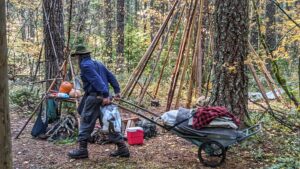 We all took a turn with the cart. 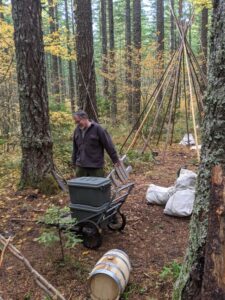 It required many trips to get all the gear stacked up in camp. 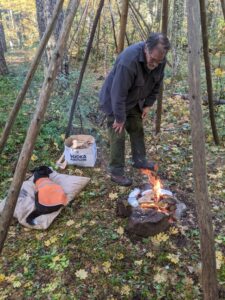 We still needed to pitch camp. We had two or three hours of daylight left and it would take at least that long to get settled. We hadn’t eaten since breakfast. Andy brought some wood in and kindled a fire, while I put up the tipis. 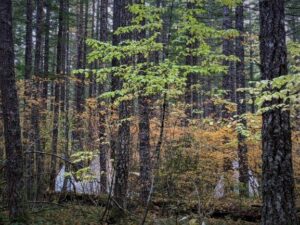 We took a short break for beer and taco things and then scrambled to get our gear under cover and our bunks set up before dark. 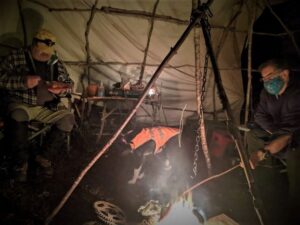 Cap’n Ron arrived in time to join us for dinner: beans and roasted hot dogs. 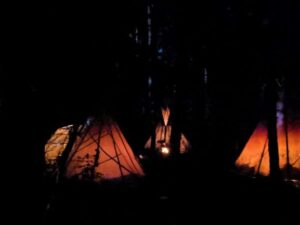 Darkness settled over the camp, the tipis glowing like candle lanterns in the forest. 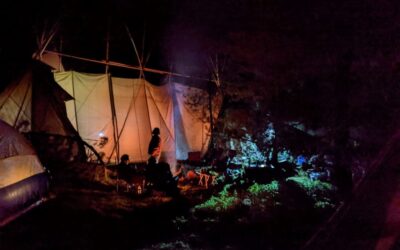 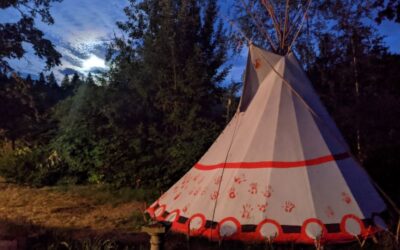