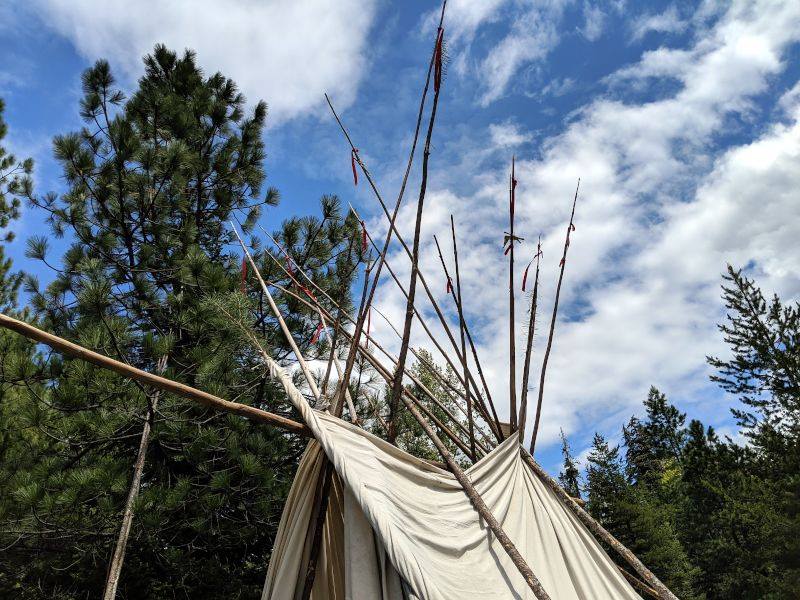 With only two days left in camp, the weather started to clear. As the sun crested the tree line Sunday morning, the meadow began to steam and the canvas started to dry. 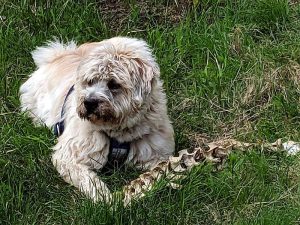 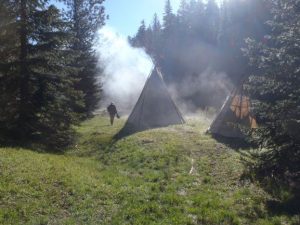 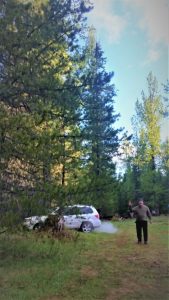 Jason needed to get home to his family; he was packed and gone soon after sunrise.

Gio had been disappointed with the drizzly weather but, to her delight, the sun came out as she was cooking breakfast for us. She served us breakfast burritos and hash browns, wearing a bikini and a smile. Breakfast was well received.

She and Chase hiked the PCT after breakfast. The trail climbed into the snow but they were able to get about five miles in, making it up to a lake in the Indian Heaven Wilderness.

Andy showed up with more beer Sunday after church. Once sufficiently lubricated, he launched a kayak into Lost Creek and cruised up and down in front of camp. He got some good photographs at the price of a wet ass. 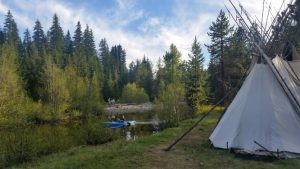 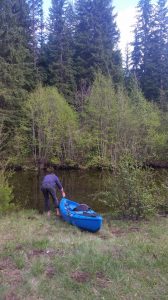 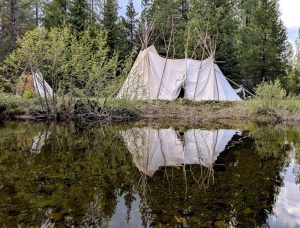 Chase and Gio got back from their hike. It was time for more food! They made some of the messiest s’mores I have ever gotten stuck in my beard. Giovanna had some designer marshmallows, made for s’moring. Shaped to fit in the crackers. they were so big they oozed molten sugar in all directions with the first bite. The nice thing about facial hair is you get to enjoy these special treats for so much longer.

We put together a beef stew for dinner, letting it simmer several hours in the Dutch Oven. When the veggies were tender, I made bannock to sop up the stew.

After eating, Andy went for a night paddle on Lost Creek, getting some fine pictures of the lodge glowing with firelight. 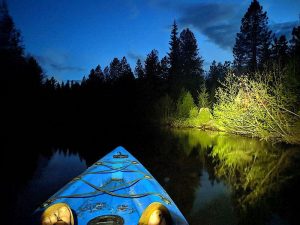 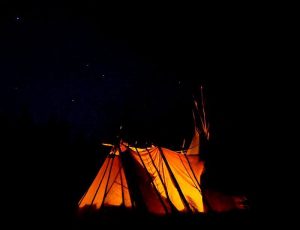 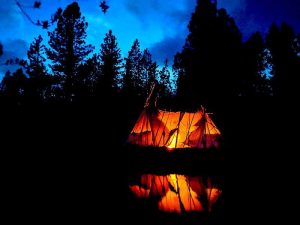 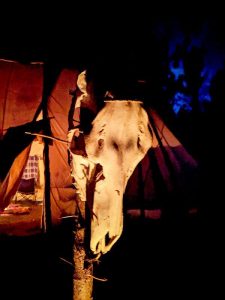 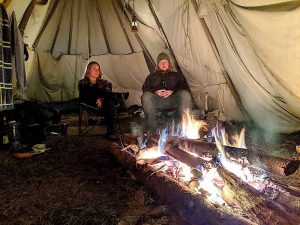 Monday morning Chase and Gio wolfed down some cold cereal before packing up to go home; they had a long drive in holiday traffic. 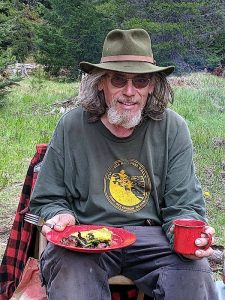 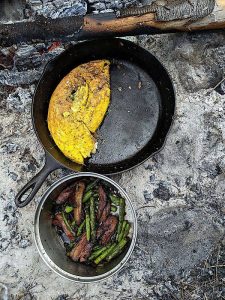 Having the camp to ourselves, we took a leisurely approach to packing up. Andy made breakfast, an omelet, with asparagus, bacon and morels on the side for breakfast. 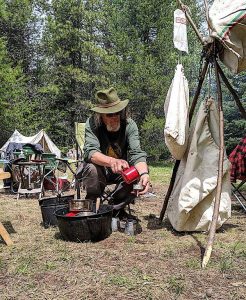 Afterwards, I did the dishes.

Andy and I played the creek for a while, before getting around to packing up. 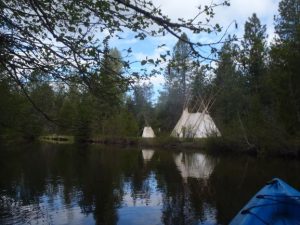 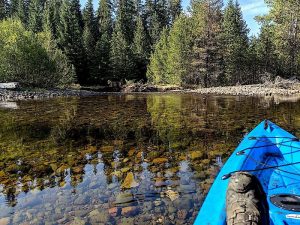 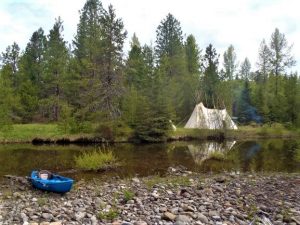 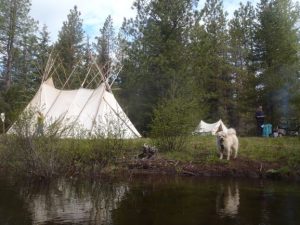 Striking camp was a monumental task; I am so glad my brother stayed to help me. We worked hard taking down the lodge and the other tents, and it was a puzzle fitting everything on the truck. It never seems to pack as neatly going home. We fortified ourselves with the occasional beer; it took most of the day and all of our last growler to get it done. I finally arrived home at 5:30; it was another week before everything was unpacked and put away. 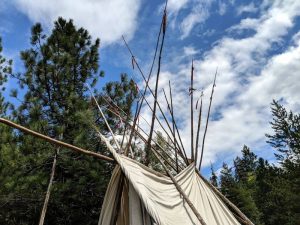 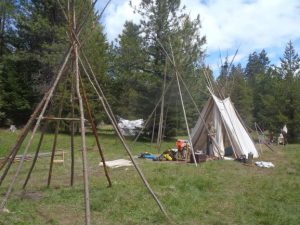 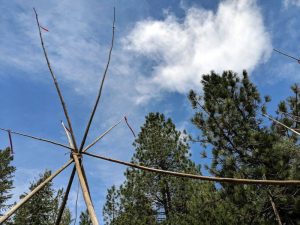 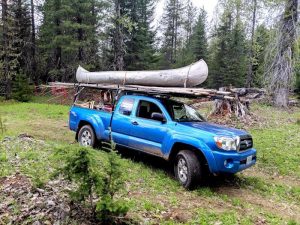 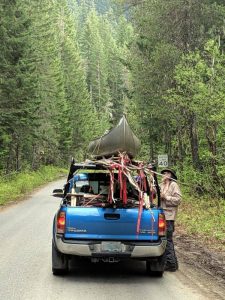